In one glorious season, Pat Maroon lived out the childhood dream of every St. Louisan. Maroon might be on the move to Tampa, but he'll always be our hometown hero. 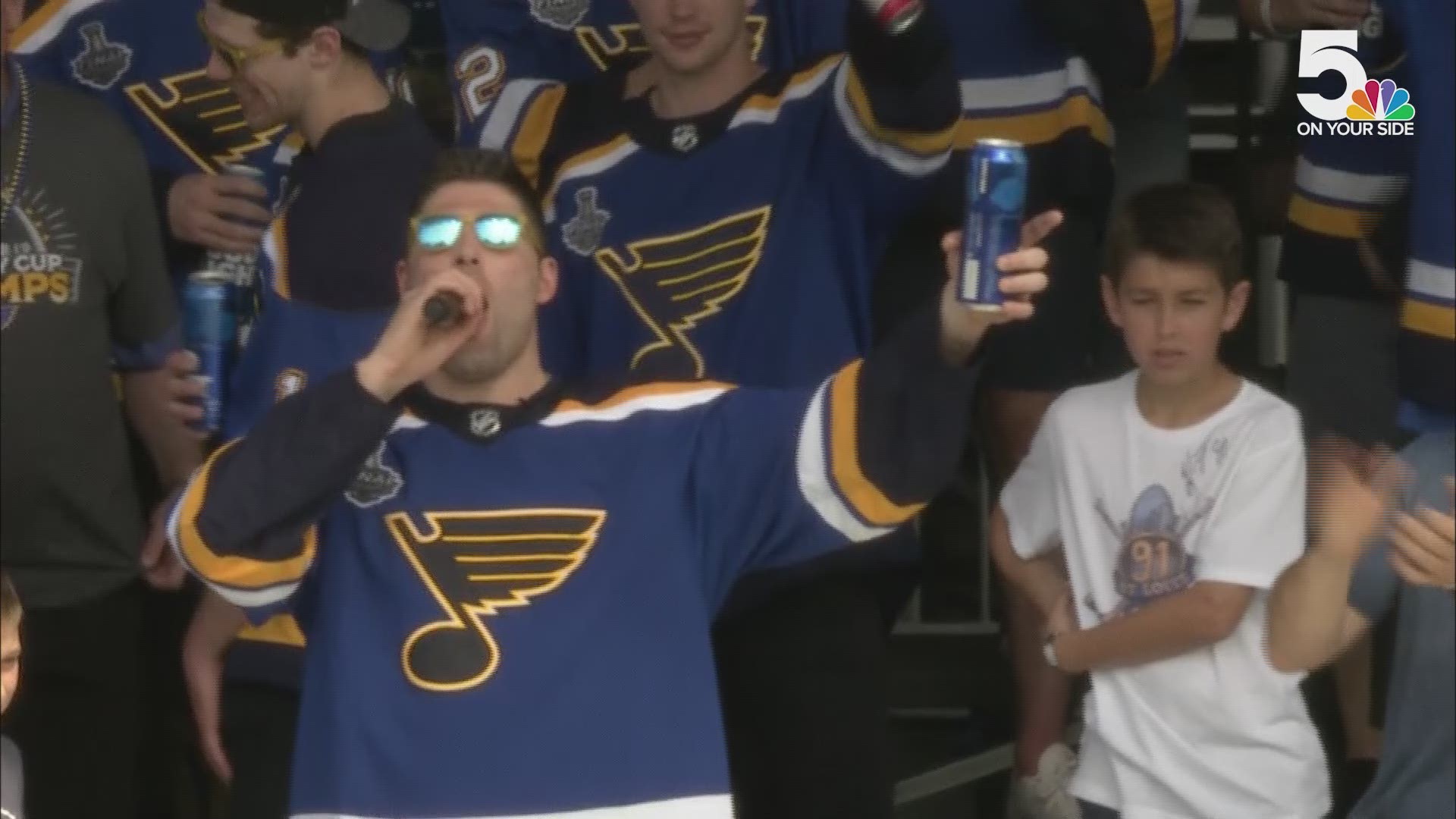 I can't even imagine how Pat Maroon felt when he stepped to that championship rally stage on June 15.

Sure, we've all dreamt about lifting a championship trophy in front of our entire hometown, but to actually be in that moment? Indescribable.

Our "Big Rig" might be driving on down the road to Tampa for his next season, but the memories and moments he left us with will live on forever.

When Maroon signed with the Blues on July 1 of 2018 on a one-year $1.75 million deal, it looked to be in everyone's interest.

Maroon wanted to come home to be near his son, Anthony, and the Blues could use a big-bodied veteran forward to complete their roster. It was perfect.

The pride of Oakville back to the place where it all began.

Then the season started.

In the first three months of the season, Maroon was a -14 player with only three goals and eight assists to his name. It was getting hard to watch.

As the Blues trudged along in the cellar of the NHL, here was the guy we all wanted to succeed so badly, going the complete other direction.

You know the rest of the story by now.

Jordan Binnington and Craig Berube rode in on their white horses and pulled Maroon and the rest of the Blues out of the basement and up to the penthouse.

Maroon started to gel with linemates Robert Thomas and Tyler Bozak, and he had a strong finish to his homecoming campaign.

Then, in the second round against the Dallas Stars, Maroon put the city on his shoulders and became a legend.

His Game 7 double OT goal to clinch the series against the Stars was one of the greatest sports moments in our town's history. A local kid with a moment like that for his hometown team? David Freese is the only one who can relate.

Watch: Pat Maroon lives out a childhood dream against the Stars

To see him finish it off with a championship was just the icing on the cake.

I admit to two instances during the Blues run when my professional guard was compromised and I let the emotions of the moment take over. The first was when the buzzer hit zero in Game 7 in Boston and I was standing in the press box in the most surreal moment of my life. The next was about 20 minutes later, when I saw Pat Maroon greet his family on the ice.

When Maroon lifted the Cup over his head at TD Garden, every single St. Louisan was lifting it, too. He was the physical embodiment of our city during the Blues' two month run.

The pride of Oakville came home and made us all proud to call him ours.

The Lightning will visit the Enterprise Center on November 19. There won't be a seat available or dry eye in the house.

RELATED: Pat Maroon talks about being a hometown hero, what might come next