Food Network made a list of 30 of the best fried chicken sandwiches from restaurants across the country. 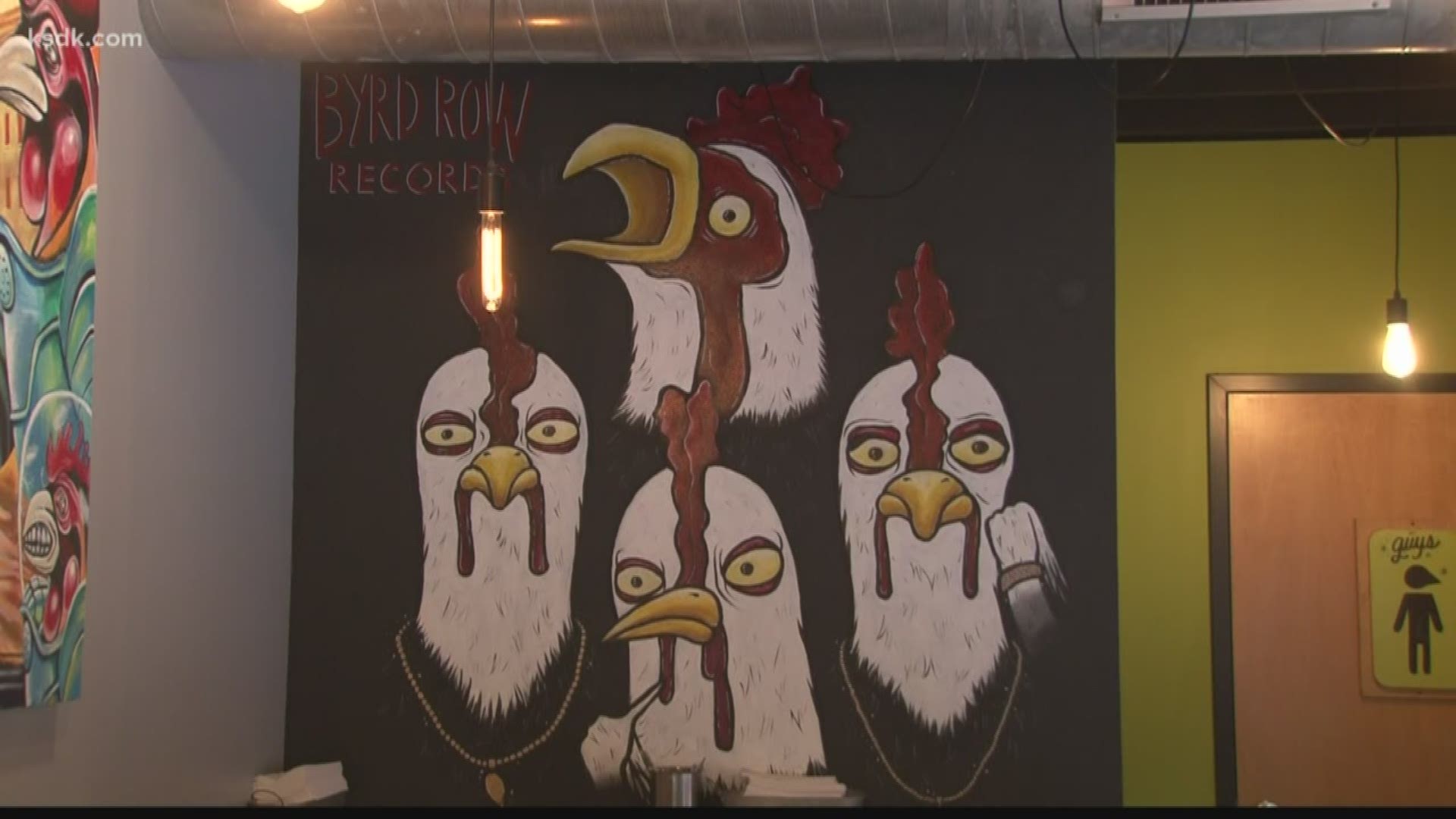 Food Network compiled 30 sandwiches from restaurants across the country that are “a big step up from the fast-food variety, and worth every indulgent calorie.”

The first St. Louis sandwich to make the list is ‘The Mother Clucker’ at Byrd & Barrel.

Byrd and Barrel is a fast, casual fried chicken restaurant that offers locally sourced handmade food in a fast food environment, according to its website.

The restaurant offers indoor and outdoor seating, a bar with more than 50 local and craft beers and a drive-thru.

Byrd and Barrel is located on S. Jefferson Avenue in St. Louis’ Marine Villa neighborhood. Click here for a look at the menu.

The second St. Louis sandwich to make the list is ‘Firebird Chicken Sandwich’ at Southern.

The Firebird Chicken Sandwich features chicken tenders that have been rubbed with a cayenne-habanero blend before being fried and bathed in hot pepper oil. The tenders are served on a butter toasted bun with baby spinach, tomato and three pickle chips dipped in sauce and drizzled with ‘Fancy Ranch’ dressing that’s made with buttermilk and lime.

Rick Lewis, James Beard Rising Star Chef 2014 nominee, and his wife are huge fans of Nashville and its spiciest dish, according to Food Network. So, when Lewis wanted to open his own place, he decided to partner with Pappy’s Smokehouse to bring Nashville-inspired chicken to the Lou.

And Southern was born.

The hot chicken spot is located on Olive Street in Midtown. Click here for a look at the full menu.

It is also worth noting that another restaurant with St. Louis ties made the list.

The ‘Chick’n Shack’ from Shake Shack was also featured.

Shake Shack is known for serving up delicious burgers and back in 2016, it decided to get into the fried chicken sandwich game.

The ‘Chick’n Shack’ features chicken breast that has been slow-cooked in a creamy buttermilk marinade before being hand-dipped in a special batter, dredged through seasoned flour and tossed into the fryer. The chicken is served on a potato bun with pickles, shredded lettuce and buttermilk herb mayo with chives, parsley and thyme.