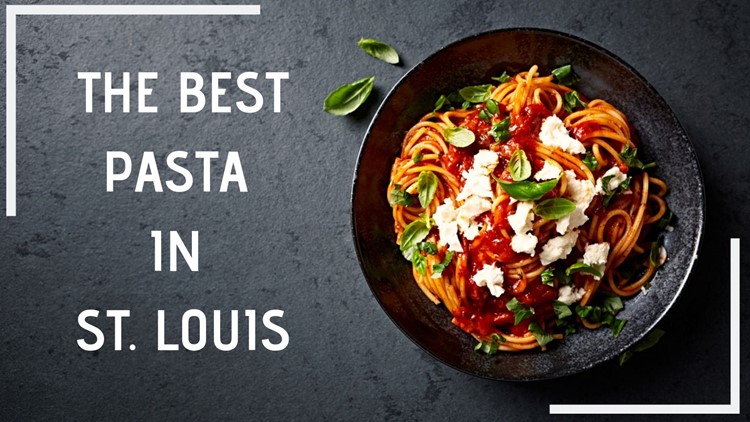 Where to find some of the best pasta in St. Louis

ST. LOUIS — St. Louis has so many great restaurants where you can find delicious pasta, but we wanted to know where you could find the best of the best!

So, we asked our Facebook followers and they gave us a few tasty suggestions.

This Italian restaurant has been serving up delicious food in The Hill neighborhood for the past 35 years.

In 1947 a chef at Angelo’s – which was the name of the restaurant at the time – accidentally dropped a ravioli in hot oil instead of water, and toasted ravs were born.

The restaurant has two other locations in Maryland Heights and Chesterfield.

Zia’s was founded in 1985 in The Hill neighborhood. Fifteen years later in 2000, it was declared an official landmark by the City of St. Louis.

Zia’s offers a lunch, dinner and wine menu as well as a catering menu for special occasions.

In addition to the brick-and-mortar restaurant, Zia’s has a food truck! Click here to keep track of where the truck will be next.

On its website, Zia’s also offers a few recipes for its pasta.

RELATED: ‘No other place is even close’: Best doughnut shops in St. Louis

Cunetto’s is located right outside of The Hill neighborhood in the Southwest Garden neighborhood.

The restaurant offers several appetizers as well as soups and salads, pasta, and other dishes including steak, chicken, fish and veal.

It includes a dessert menu, of course, offering Italian favorites like cannoli, tiramisu and spumoni.

Pastaria is located on Forsyth Boulevard in Clayton.

From pasta and pizza to doughnuts and mimosa’s – this place has a lot to offer.

Pastaria's pistachio ravioli was named in Food Network’s list of ‘Best Pastas in the country.’