Deva Williamson, along with her teammates, took home the $25,000 grand prize 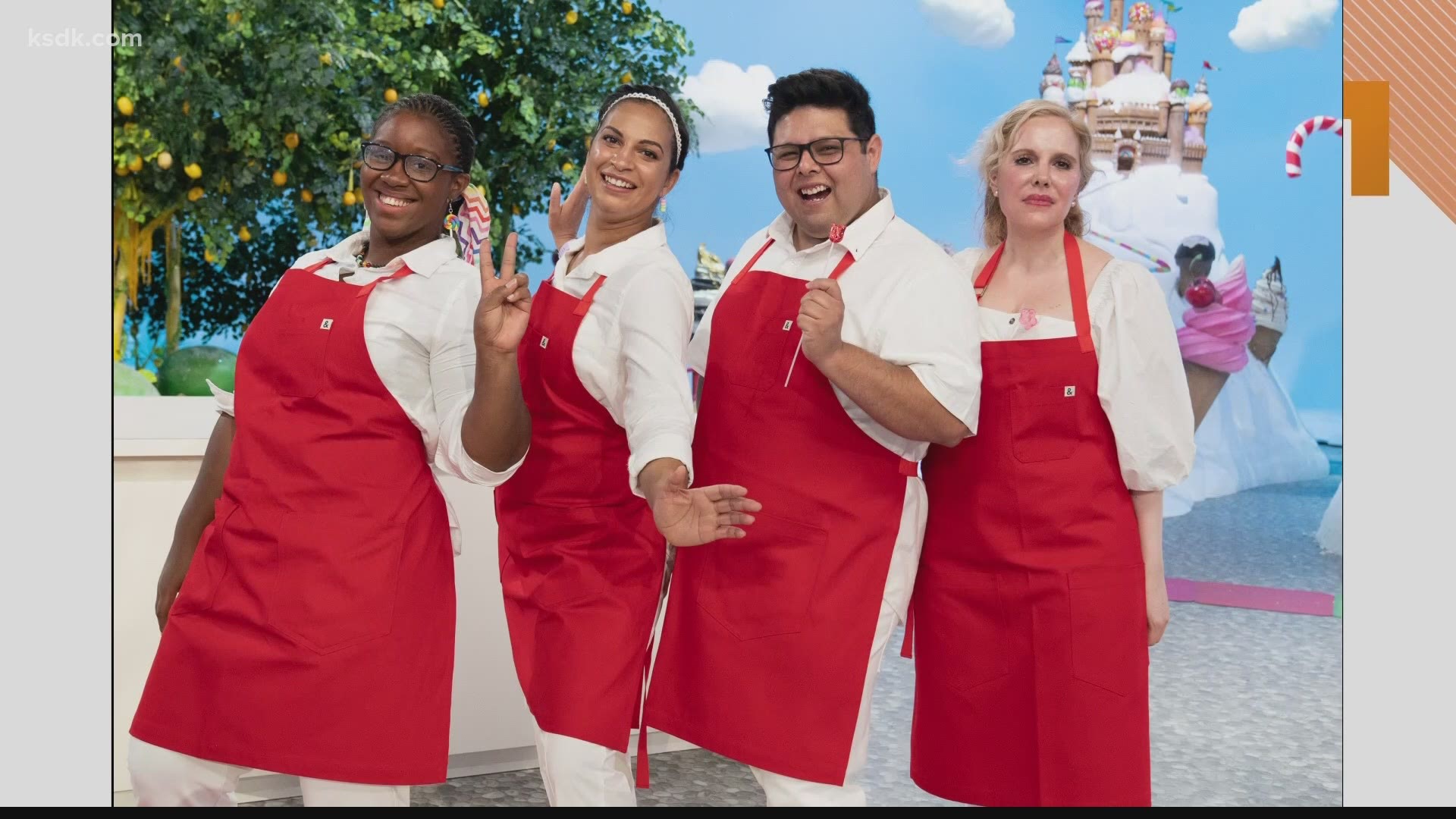 ST. LOUIS — St. Louis area dessert artist Deva Williamson got the opportunity of a lifetime when she appeared in a competition on the Food Network – and she ended up taking home a big prize.

The teams created the sweet treats for judges Nacho Aguirre and Aarti Sequeira, who determined which team would advance down the board game path. In the end, Williamson’s team made their way to King Kandy's Castle and won the $25,000 grand prize.

Williamson headed to the Candy Land competition to just have a good time. She never played the board game as a child so to be a part of it as an adult was special for her.

Williamson said she was nervous at first due to the caliber of the competitors.

“As I met my teammates, the production team, culinary team, the judges and Kristin, I was quickly reminded why I came to Candy Land in the first place,” she told 5 On Your Side.

Williamson said Candy Land was the perfect environment to grow weaknesses into strengths. Her biggest job became doing her best to encourage and support her teammates along the way.

“We really bonded together as a team and I am so grateful that my teammates trusted me with their dreams as we had our eyes on the prize – and we won it,” she said.

Williamson expressed her gratitude to her teammates and to all of Food Network for the experience.

“Many hours of thought and fanciful creativity flowed together to bring the board game to life with no detail left undone,” she said. “Even had I not been on the winning team, the Candy Land experience was beyond what I imagined and has grown my perspective on how to touch others’ lives, for good.”

In the real world, Williamson styles and photographs food to feature on her Instagram page and to be used for stock photos.

When she bakes and decorates on her own time, a lot of planning, shopping and styling go into her creations. But the show challenged that process.

“Luckily, I had a great team to work with. They each had their strengths, Ray was a cake sculptor, Deavynne and Jewel were both sugar artists,” she said. “Forming good relationships, just like in life, proved to be the key ingredient for us to succeed in the competition.”

Now that the competition is over, Williamson said she plans to finish her cookbook and will continue creating content. She said baking has been a bridge for her in her community.

Pre-pandemic, Williamson would bake cakes and photograph them, then she’d open her house for a cake party. She said she’s looking forward to when she can do that again.

“When a new normal emerges and people are able to come together, I look forward to inviting people over to share their life stories over cake with me, once again,” she said.