'She had a knife. I had nothing.' | Cab driver survives being stabbed 13 times

As he struggled to get out of the car, Inam Allah's seatbelt worked against him, holding him as the customer told him "I want to kill you." 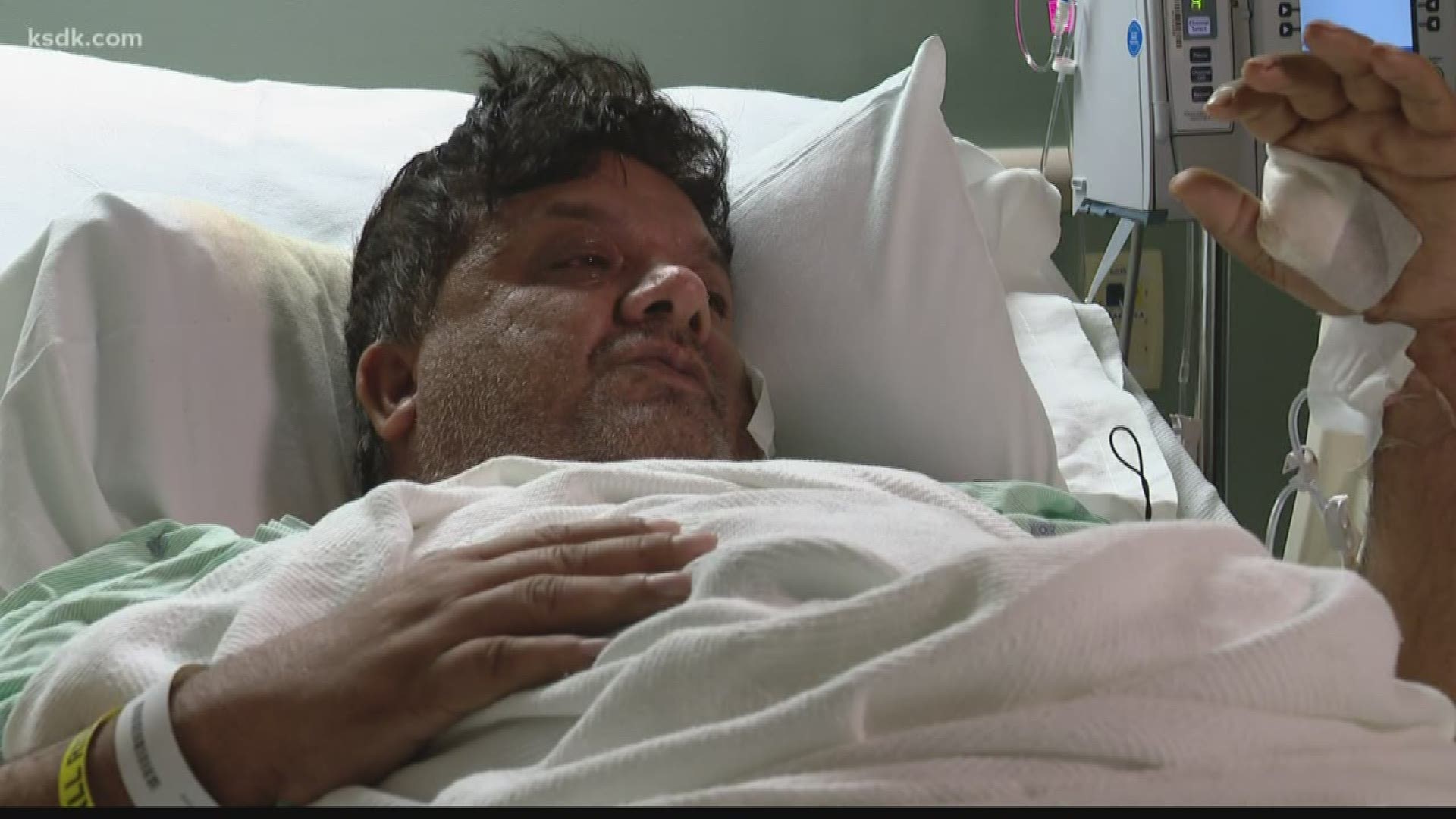 "She had a knife. I had nothing," Allah, 48, said of the Tuesday night attack.

Allah said he picked up a woman around 9 p.m. near Highway 21 and Mercy Hospital South. The customer asked for a ride to Windermere Drive in Imperial, but Allah said he soon realized there was an issue.

She didn't have money to pay, her credit card was declined, but Allah kept the meter running because the passenger said her father would come out of one of the homes to foot the bill.

Nobody ever came out. Instead, Allah said the woman attacked him, first on his right shoulder.

As he struggled to get out of the car, his seat belt worked against him, holding him in as she started stabbing his other shoulder.

Jefferson County investigators released photos of their suspect, and they said tips are coming in.

The woman left the scene before police arrived, while Allah was looking for help. He found it a few houses away, when a homeowner answered his cries.

"The guy who helped me, he was an angel," Allah said.

Originally from Pakistan, Allah has lived here 22 years, driving a cab for 13. He said he's reconsidering the job he loves because he has three boys, a wife and more life to live.

You can help by clicking here.