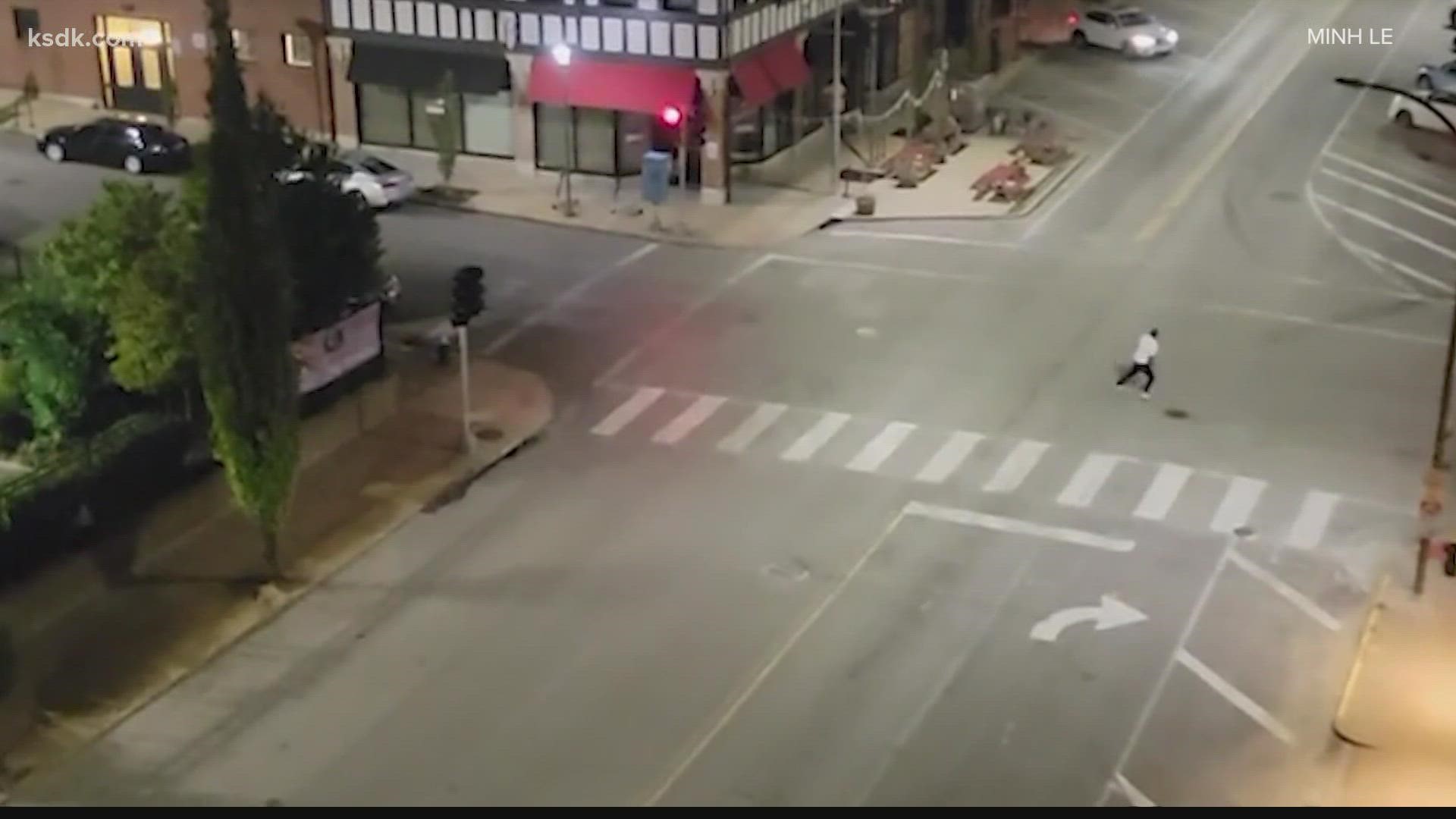 ST. LOUIS — St. Louis activist organizations, some that have called for defunding the police, are pushing back against a crime plan by St. Louis Mayor Tishaura Jones whom they helped elect.

At the same time, even though crime is down in the city, Jones is getting pressure to do something about recent shootings downtown.

Monday night, police said at least a dozen people had gathered near 20th and St. Charles Streets to remember Demetrise Thomas when someone opened fire on the group killing another man and hitting three other women.

"They were surprised by the fact that somebody was shooting at them while they were having a vigil," St. Louis police chief John Hayden said at the scene Monday night.

Thomas was shot and killed near the same location early Monday morning when police sources say he tried to stop a car break-in.

And these are not the only shootings recently in downtown St. Louis.

Problems on Washington Avenue and near Kiener Plaza have prompted a new plan from Mayor Jones.

"Guns and public safety are substantial issues facing our region. There's no denying that truth," Jones said last week when she announced an additional 30 police officers are now patrolling downtown on weekends in response to the recent shootings.

A move some of her most loyal supporters denounced Tuesday night because they said in a statement, "...we have seen that doubling down on increased policing endangers vulnerable St. Louisans instead of keeping our communities safe."

The group of activists organization including Action St. Louis and ArchCity Defenders also called on Jones to "...to stand firm in her earlier commitments to reject the status quo, and to repudiate the idea that more police equals more safety."

A spokesperson for the Mayor pointed out Jones also announced $11.5 million in federal funds for youth programs, community violence intervention initiatives, and "much more."

Adding, "...our commitment to alternatives to policing has not wavered in the effort to protect the people of St. Louis," said Nick Dunne from Jones's office.

"Mayor Jones has stated repeatedly that police are not the only solution to public safety. Transforming public safety requires a shared commitment from all stakeholders, and Mayor Jones has allocated $11.5 million in American Rescue Plan Act funds to kickstart youth programs, community violence intervention initiatives, and much more. These programs, combined with robust community engagement, are vital to the stability of our neighborhoods, including Downtown, and our commitment to alternatives to policing has not wavered in the effort to protect the people of St. Louis."