Police: Man who shot at St. Louis officers called them 'cowards' for not killing him

ST. LOUIS — The man accused of opening fire on St. Louis officers early Sunday morning called the officers "cowards" for not killing him, according to court documents.

Peter Webb, 23, of Springfield, has been charged with three counts of first-degree assault of a law enforcement officer, three counts of armed criminal action, unlawful use of a weapon and resisting arrest.

Two officers, identified in a probable cause statement as officers McCallister and Ems, were on patrol helping to disperse cruising vehicles at the Crown Mart gas station lot on N. 13th Street at around 1 a.m. They were riding together when police said Webb drove past them and fired shots at them with a sawed-off shotgun.

St. Louis Police Chief John Hayden said that the officers originally thought they heard fireworks and didn't realize they were being shot at until their back passenger window shattered. McCallister, 24, was struck in the arm.

The two officers and two nearby sergeants began pursuing the suspect. During the chase, police said Webb repeatedly fired shots at the officers, striking the inside and outside of a police vehicle and nearly striking the officers.

The chase ended at S. 14th Street and Chouteau Avenue, where Hayden said Webb pulled a U-turn, rammed the broadside of a sergeant's marked police car and then crashed into a traffic light.

Police said Webb was out of ammunition and tried to run but was caught. According to the probable cause statement, Webb fought with officers as they tried to arrest him and called them "cowards" for not killing him because he wanted to die.

A sawed-off shotgun and several spent shell casings were recovered from the suspect's vehicle.

A 00 buck shotgun pellet was removed from McCallister's arm, a source told 5 On Your Side's Christine Byers. A sergeant identified as "Officer Marcanto" blew out his knee while taking Webb into custody. Both were treated at an area hospital and released.

The sergeant whose car was rammed, identified as "Officer Kitchell," suffered a head injury but refused treatment at the scene.

Two police vehicles were totaled; one suffered heavy damage from gunfire and the other was damaged after being rammed.

The officer who was shot was among 30 people who were shot in the St. Louis within a span of three days.

RELATED: 16-year-old boy among 3 people shot in south St. Louis over the weekend 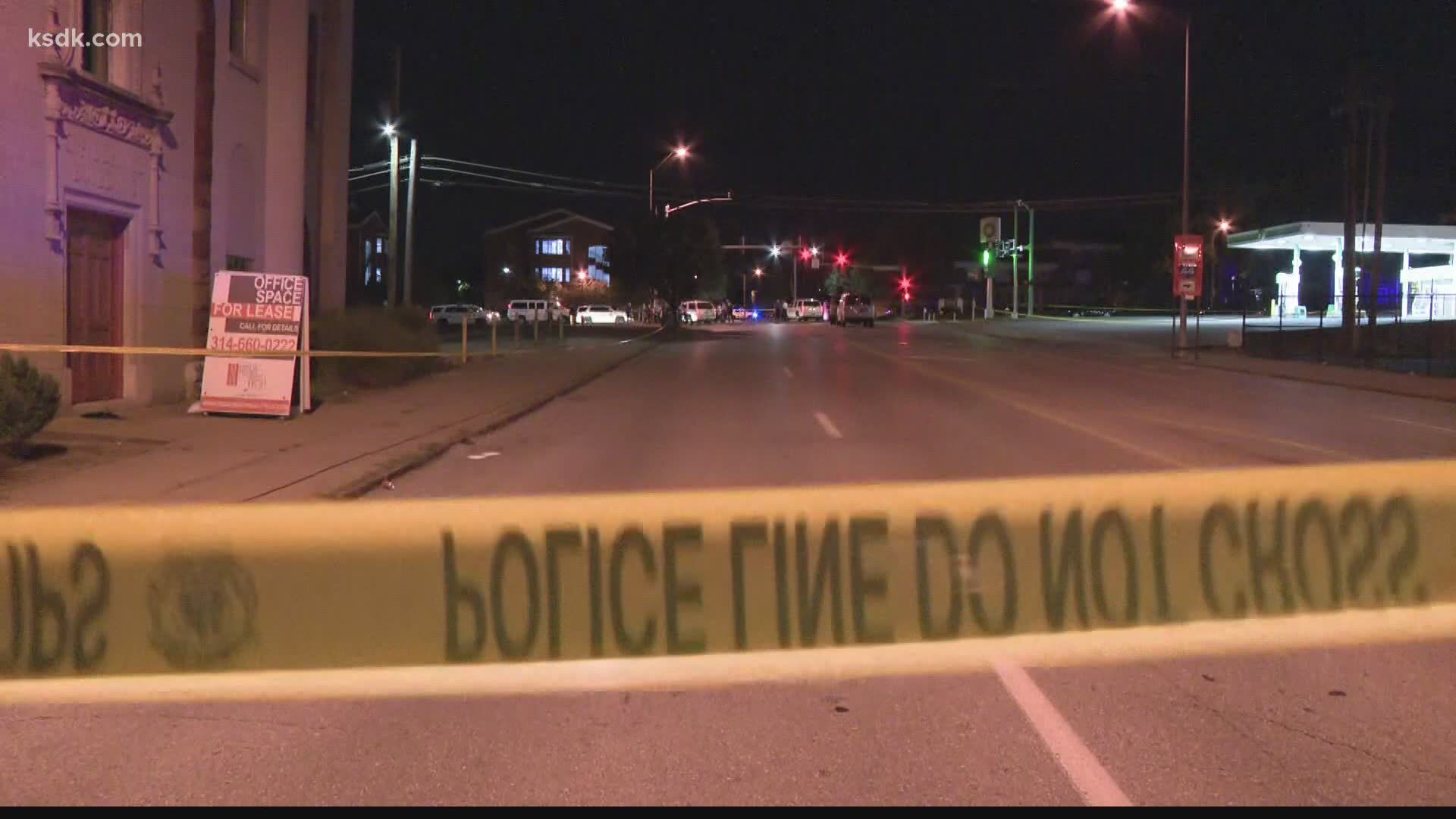