"Over the next three months, 900 Missourians who have or will choose to be vaccinated will win cash or education savings account prizes in the amount of $10,000" 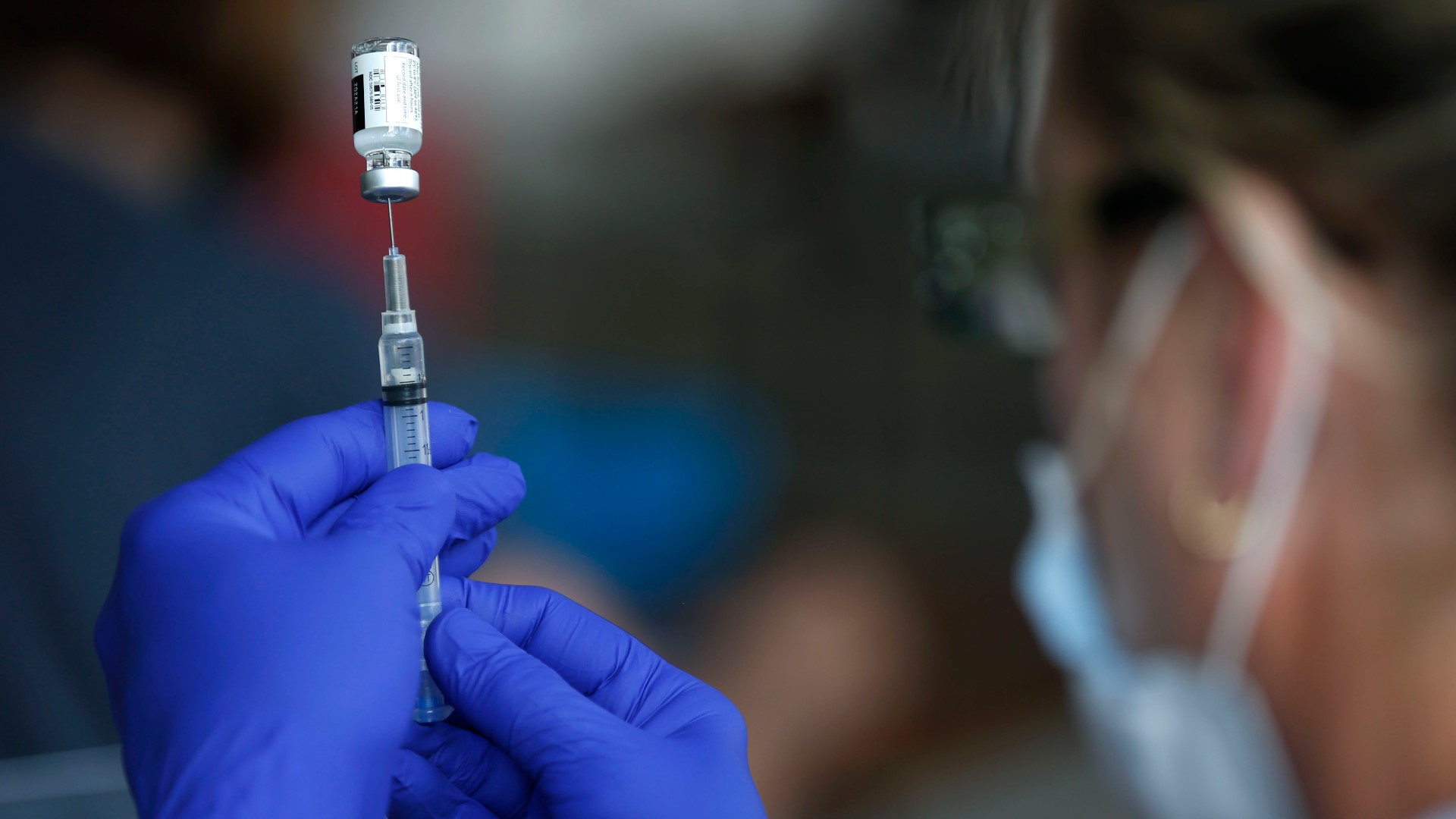 JEFFERSON CITY, Mo. — Getting vaccinated in Missouri will soon come with a potential perk. Governor Mike Parson announced a series of $10,000 drawings for vaccinated adults.

"Over the next three months, 900 Missourians who have or will choose to be vaccinated will win cash or education savings account prizes in the amount of $10,000," a news release announcing the program said.

The MO VIP program will be broken down into three groups:

Each drawing will randomly select 80 winners from the red and white categories, 10 from each congressional district. Each drawing will also select 20 people from the blue category to receive $10,000 education savings accounts through the treasurer's MOST 529 program.

To enter, click here and fill out your information or get signed up to get a vaccine.

Missouri is behind the national average for vaccinations. As of Wednesday morning, 57.1% of Missourians 18 and older have started the vaccination process and 50% have completed it, according to the state's vaccine dashboard. That’s below the U.S. rate for the same age group. The CDC’s data shows 68.3% of Americans 18 and older have started the process and 59.6% are fully vaccinated.

Doctors have told 5 On Your Side that herd immunity doesn’t happen until around the 70-80% range.

The incentive program comes as the delta variant is surging in Missouri. The state health department has issued six different hotspot advisories, warning of an increase COVID-19 cases that is believed to be caused by the highly contagious and fast-spreading variant.

Credit: KSDK
A graph shows the number of COVID-19 cases by week in the state of Missouri as of Wednesday, July 14.

The hotspots have emerged in the southwest and central parts of Missouri, including in the touristy areas of the Lake of the Ozarks and Branson. The most recent advisory released Monday was for Laclede, Phelps and Pulaski counties. State health officials said the surge in cases is expected to continue moving toward the St. Louis area.

“Disease spread from Southwestern Missouri to the East following Interstate 44 is expected,” the advisory states.

Other jurisdictions in the St. Louis area already have announced vaccine incentive programs.

St. Louis County also plans to roll out an incentive program for those who roll up their sleeves. The county council approved a program that could use up to $875,000 in American Rescue Plan Act funds to buy gas and grocery gift cards. Full details of the program haven’t been announced.

During the briefing Wednesday afternoon, Gov. Parson also announced Donald Kauerauf will be the state’s new Department of Health and Senior Services director. Robert Knodell had been serving as the acting director since Dr. Randall Williams suddenly resigned in April. Kauerauf takes over on Sept. 1.

Most recently, he was selected to chair the Illinois Terrorism Task Force. He previously was the assistant director of the Illinois Department of Public Health from 2016-18. Missouri leaders said he brings more than 30 years of experience in state government and has served in various senior leadership positions in public health and emergency management.

“I’m looking forward to working with public health agencies, healthcare providers, and communities to build upon the great work that has been initiated in Missouri to address the current COVID-19 situation," Kauerauf said. "At the same time, I’ll work to make available critical preventative programs and services to increase the health and safety of all Missourians.”

Watch Parson's press conference in the YouTube video below: