St. Louis County says no COVID-19 vaccine from the state in 2 weeks 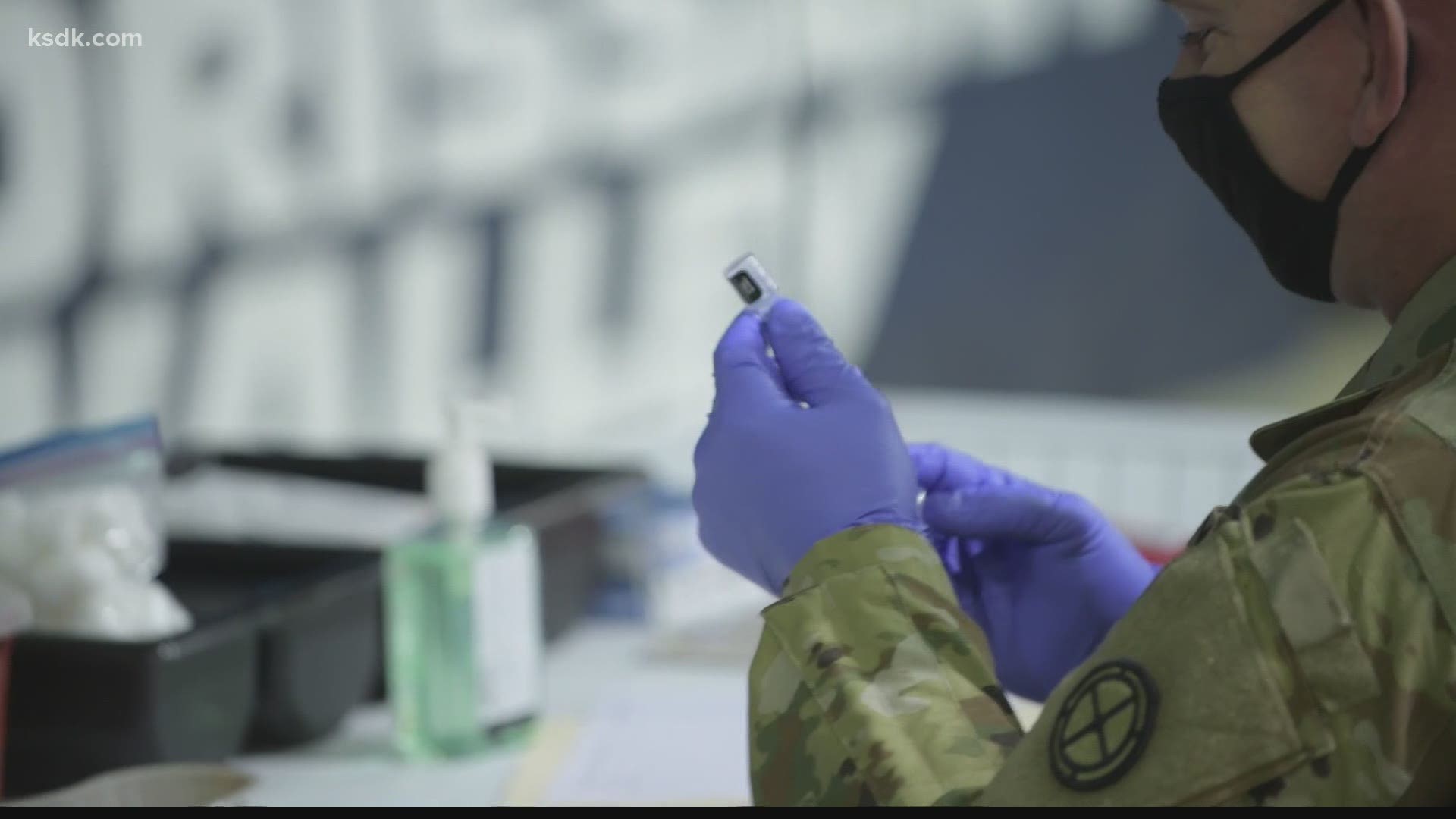 ST. LOUIS COUNTY, Mo. — So far, in Missouri, the state has held its mass vaccinations in more rural parts of the state.

On Wednesday, St. Louis County plans to press ahead without much help from the state, according to county officials.

The county health department said Missouri has not allocated any COVID-19 vaccines for St. Louis County in two weeks.

"It is unclear when our next shipment will come," St. Louis County Executive Sam Page said during his scheduled briefing Wednesday morning.

So far, the county has received 5,339 doses from the state, which the county finished administering yesterday.

The only way this week's event at St. Louis Community College's Florissant Valley campus will be possible, officials said, is thanks to an unnamed "hospital partner" that gave the county roughly 3,900 doses of the vaccine.

Missouri Governor Mike Parson’s office said the county is still part of the state's plan for distributing large quantities of vaccine and it "will be receiving 9,500 doses weekly," Parson's spokesperson Kelli Jones wrote in an email.

But one county official said, "it's hard to stand up mass vaccination sites ... when we don't know what the heck is going on" at the state level.

Page said the county health department continues to request vaccines from the state. They've been told by state health officials that Missouri makes vaccine allotments based on supplies and population of the areas making requests. St. Louis County is the most populous county in the state.

"We will continue to have these conversations with the state health department," Page said.

5 On Your Side has learned St. Louis County Council member Lisa Clancy is expected to ask the state's director of the Department of Health and Senior Services Dr. Randall Williams to appear before the County Council to explain the state's vaccine rollout and why the state has apparently not released money designated for county vaccine distribution.

5 On Your Side will continue working to get answers to these questions from county and state officials.

As for the event at SLCC's Florissant Valley campus on Wednesday, the county said people cannot just show up and expect a vaccine. People must pre-register at stlcorona.com

The county said once people have registered it will notify people by email if they are eligible for a vaccine appointment.