'2 months and nothing seems to be done' | University City neighbors wonder why it's taking so long to repair sinkhole, reopen road

A neighborhood nuisance that 5 On Your Side first reported on back in July still hasn't been fixed by those responsible. 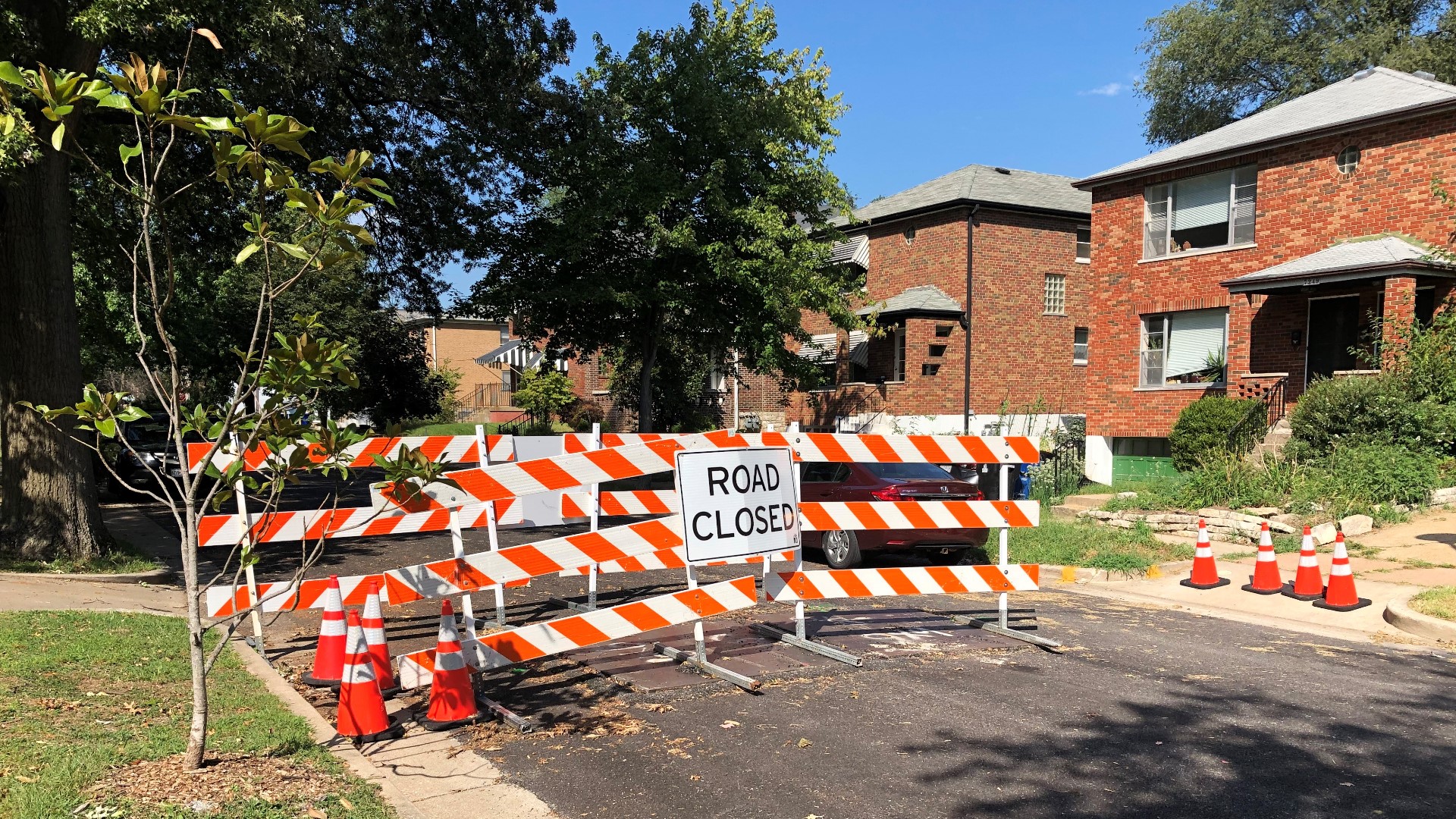 UNIVERSITY CITY, Mo. — Katie Merritt of University City says life on Tulane Avenue has been less than pleasant these days.

"It's frustrating because it's just been so long. Two months and nothing seems to be done," she said. "Life on our street has been really frustrating."

It's because the street right in front of her apartment has been closed for more than two months now.

And the reason behind the closure also hasn't been fixed.

Merritt said it's causing problems for neighbors, other drivers, mail service and utility trucks. She also fears what might happen if an ambulance or fire truck needs to access the street.

"Having this road closure has been a headache not only for people getting here, but also for parking," she said.

In late July, the I-TEAM reported on a deep sinkhole that was just opening up in the middle of the road, prompting its immediate closure. 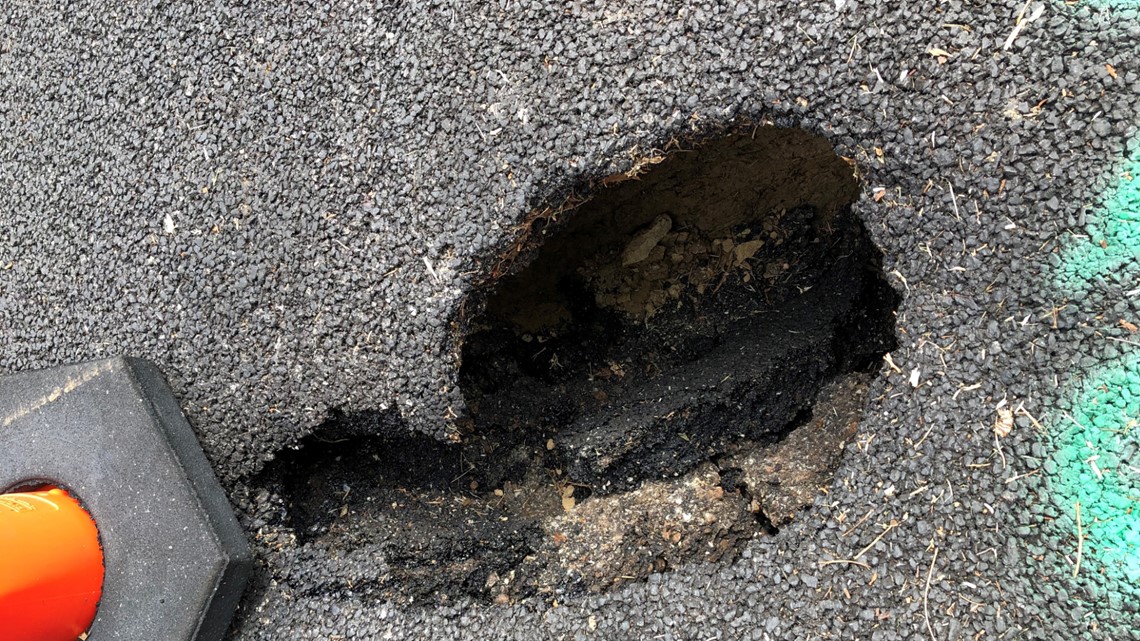 University City neighbors fear hole in street is large sinkhole waiting to happen
UNIVERSITY CITY, Mo. - On Tulane Avenue in University City, neighbors have a sinking feeling about what's breaking beneath the blacktop. "It's a safety hazard for me, my neighbors, our vehicles and our homes," said Katie Merritt. Merritt said about three weeks ago, she noticed a slight dip in the road near her apartment.

The Metropolitan St. Louis Sewer District (MSD) said shortly after that report, they confirmed through dye testing that the sinkhole stems from a broken lateral sewer line.

Lateral lines connect a home to the public sewer system and are considered private property, which means it's the property owner's responsibility to fix and maintain.

MSD spokesman Sean Hadley said there are a number of reasons why this particular line could've broken.

"It could be age. It could be the durability of the pipe. Some of these get cracks in them over time," he said.

Hadley said MSD reached out to the homeowner, but that's when a new problem arose.

Hadley said MSD eventually discovered a clerical error in their reporting system caused them to contact the wrong homeowner at first.

"When the ticket was put in our call center, they put in the nearest address they can. The work order was tagged to the wrong address. We believe the wrong person was contacted at first," he said.

And frustration on Tulane built.

"We've kind of just been in limbo for two months waiting to take action," Merritt said, explaining why she reached back out to 5 On Your Side.

But this week, MSD said they were able to finally get in touch with the correct responsible party.

And it turns out, there are two of them.

That's because the broken lateral line, according to University City public works officials, is shared between two addresses.

And both of them, 5 On Your Side has learned, are now aware of the issue and planning to work with the city to get it fixed.

University City offers up to $2,500 to qualified property owners who apply for assistance in repairing broken lateral lines.

City officials also said they hope to be able to re-open the road, possibly within the next two weeks.

It's the first sign of hope for Merritt that life on Tulane Avenue might soon return to normal again.

"We've waited long enough and now that the right people know what's going on and take action appropriately," she said.

Snoop Dogg's grandson dies at 10 days old: 'His energy will live on'