'I had to jump out of the window' | East St. Louis man recounts escape from burning apartment building

Firefighters say people on the ground used blankets to catch three kids, ages 8, 9 and 15, who also jumped out of the apartment building to escape the fire 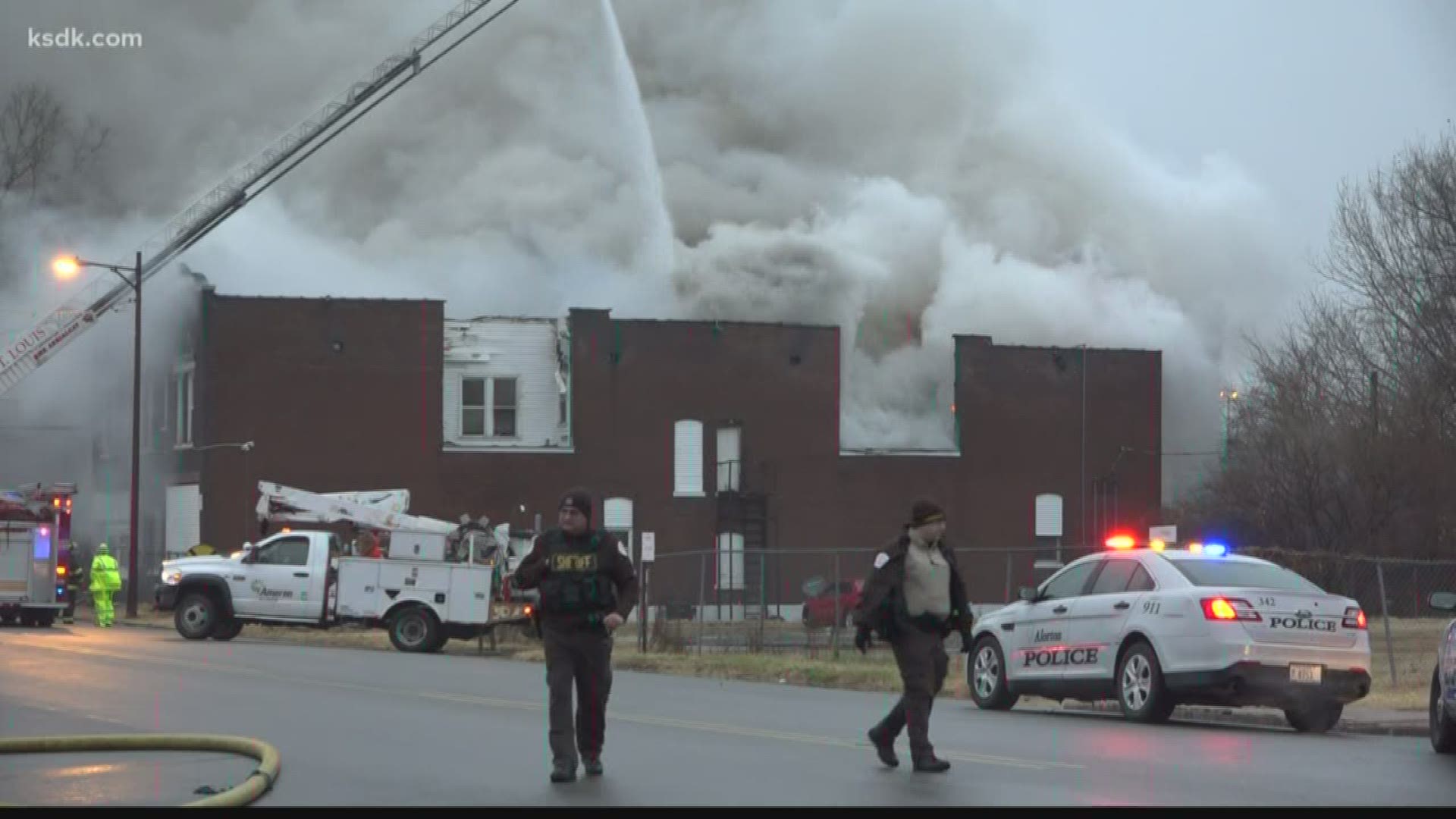 A frantic neighbor then yelled.

"I heard a female say get up, fire! Time to get out," said Smith.

A sleeping Mike Smith woke up and instantly knew he had to get out of the building near Fifth and St. Louis Avenue.

Firefighters said the flames destroyed the roof of the two-story building and quickly filled it with thick, heavy smoke.

"Again, I just heard banging on my door and got up. I didn't panic you know because I knew I had to make sure I was focused," recalled Smith during an interview with 5 On Your Side's Robert Townsend Saturday night.

He jumped for his life, dashing out a second-floor window without a scratch.

Firefighters said people on the ground used blankets to catch three kids, ages 8, 9 and 15, who also jumped out of the apartment building to escape the fire. They were taken to a hospital.

We're told a second man also leaped from the burning building to safety, and firefighters rescued two adults from the roof before it collapsed.

By early evening, the flames rekindled and firefighters returned to the site and doused more water onto the burned-out building.

Two days before Mike Smith was giving thanks.

"Yes, I'm very thankful didn't nobody get hurt. We all have lives to live," said Smith.

MetroLink had to temporarily stop service in that area until firefighters put the fire out.

Right now, we don't know what caused the fire.