Woman arrested for DWI after crashing into ambulance on I-55, seriously injuring 3

Two paramedics and a patient were inside the ambulance when a Jeep smashed into it, causing it to run off the highway and overturn in the median 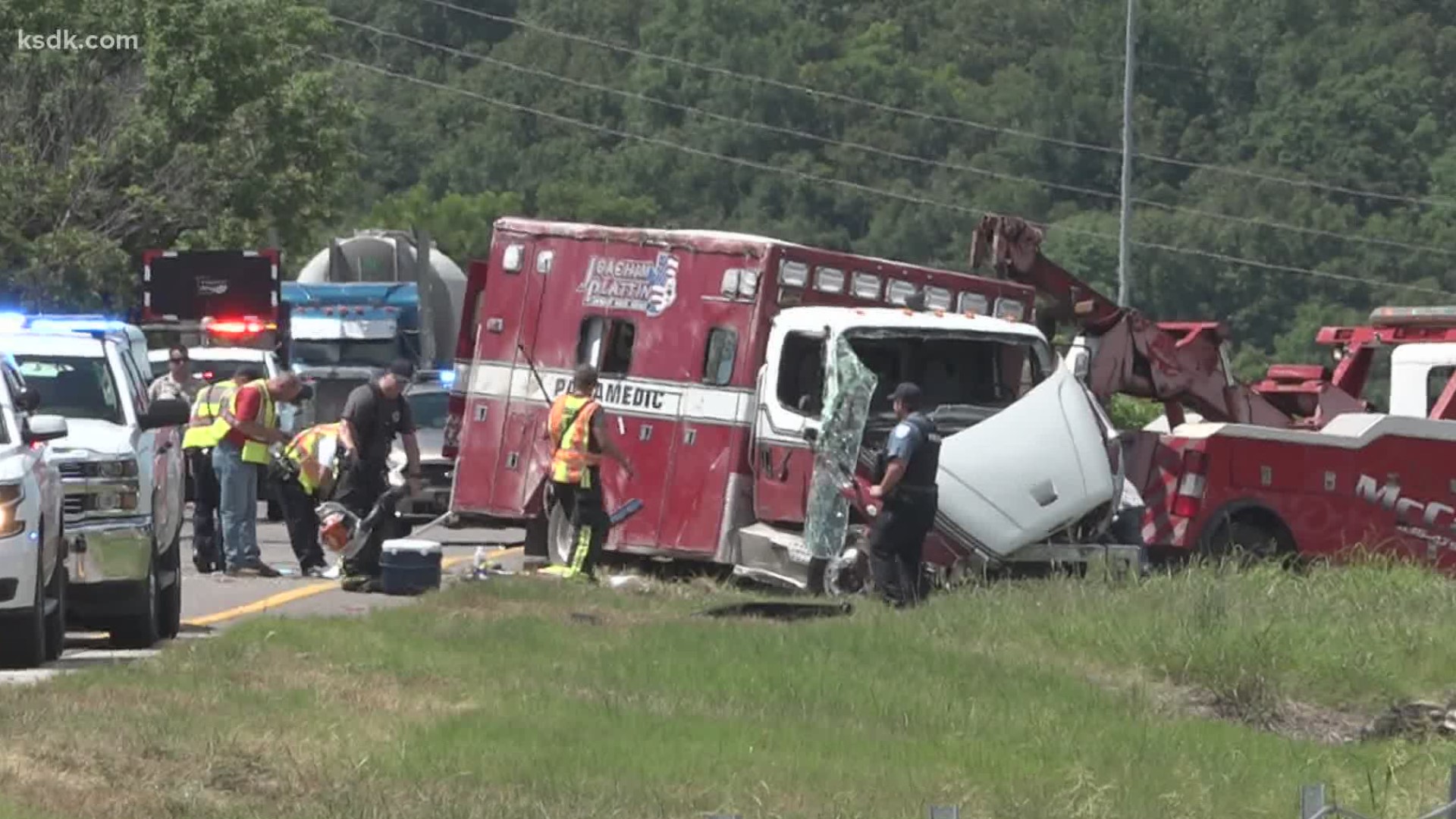 JEFFERSON COUNTY, Mo. — A woman was arrested on suspicion of driving while intoxicated after she crashed into an ambulance on Interstate 55, seriously injuring a patient and two paramedics.

The crash happened shortly before 2 p.m. Sunday north of Route Z near Pevely. The Missouri State Highway Patrol said a 60-year-old woman was driving northbound in her 1998 Jeep Grand Cherokee when she veered into another lane and struck the left side of a Joachim-Plattin Ambulance District (JPAD) ambulance.

The ambulance left the road, struck a guardrail, went into the grass median, struck the cable barrier and overturned. Three men — the 61-year-old driver and two passengers, ages 48 and 27 — all suffered serious injuries. The woman suffered moderate injuries.

Both directions of the highway were shut down for hours, and a medical helicopter flew the 27-year-old to an area hospital for treatment.

"Both paramedics and the patient that was being transported have been treated at regional trauma facilities. We request thoughts and prayers for everyone’s quick recovery," JPAD wrote on Facebook Sunday.

Everyone was wearing a safety device except the 27-year-old, who MSHP said was exempt from the requirement.

The woman was arrested at the scene on suspicion of DWI and assault and was released to hospital staff, according to an MSHP arrest report. Charges have not yet been filed.

St. Louis is one of the top 10 most stressed cities in the US, WalletHub says

Armed victim kills man who was trying to rob him near downtown St. Louis, police say