Deputies say Proposition P funds may have played a role in the baby boom. 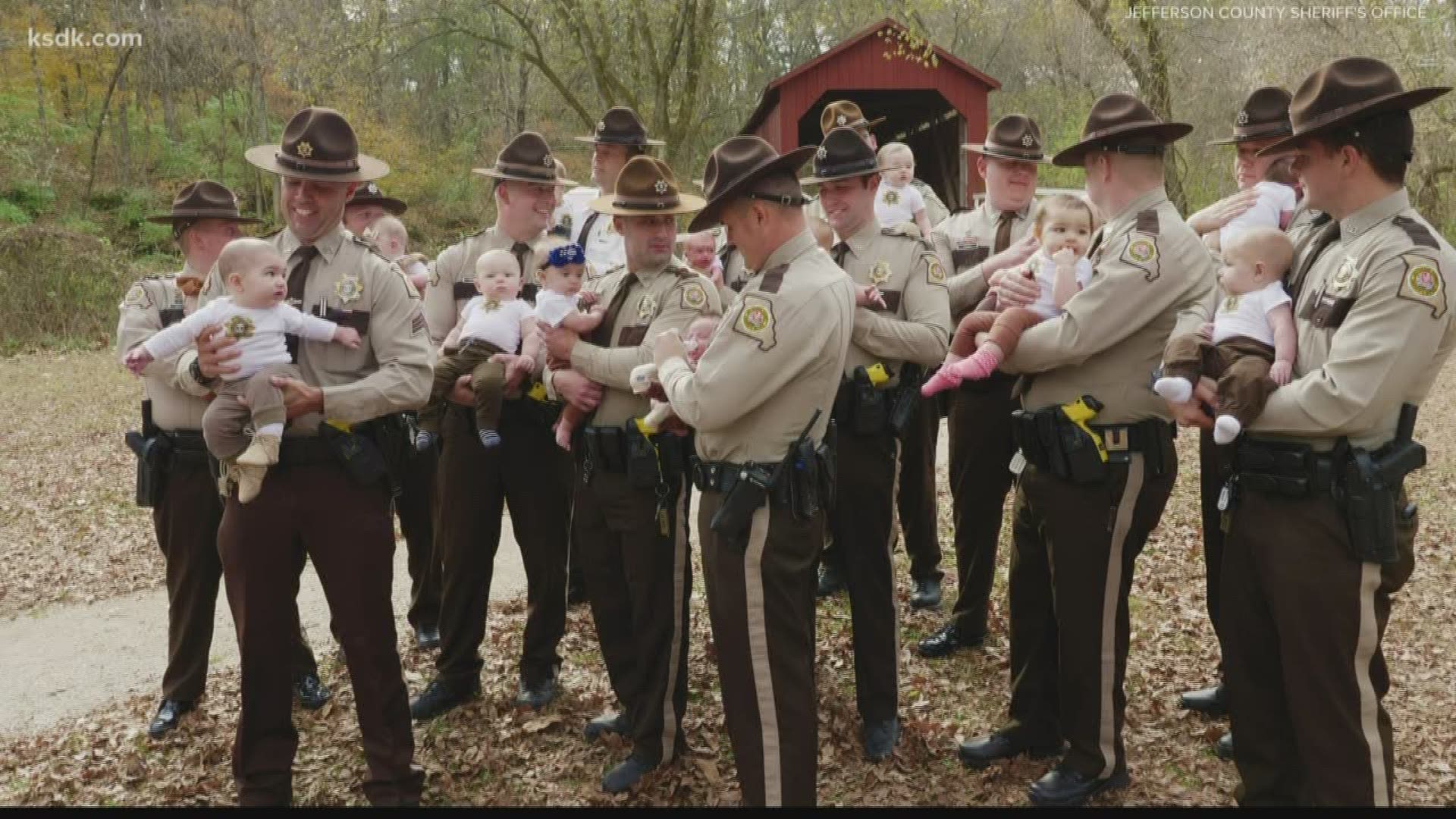 HILLSBORO, Missouri — There has been a baby boom at the Jefferson County’s Sheriff’s Office.

This year, deputies and their wives have welcomed 17 babies: 10 boys and seven girls.

“We kept hearing week after week, month after month, of people having babies,” said Sgt. Matt Moore, who helped organize a photoshoot with the dads and their babies. The images have gone viral.

Some of the baby boom may be due to coincidence.

“We have a very young department and that plays a role,” said Capt. Andy Sides.

However, taxpayers may have also played a role.

“Prop P definitely helped,” Moore said. “You have more flexibility in starting a family when there's more money coming in.”

Last year, voters approved a property tax increase. Some of the funds went toward police pay. The starting salary went from about $37,000 to about $50,000.

“Formula is extremely expensive. Diapers, you go through so much at this age. It's a huge help,” said Deputy Cody Cawvey.

Deputies said there is a lot of talk around the department around parenting advice and babies' sleep habits.

“You see one of the guys coming in looking pretty tired and you're not sure if they were on a call all night or if they were up with their newborn all night,” said Capt. Andy Side.