Dozens of firefighters responded to Chouteau and S. Third Street at about 3 a.m. for a large fire 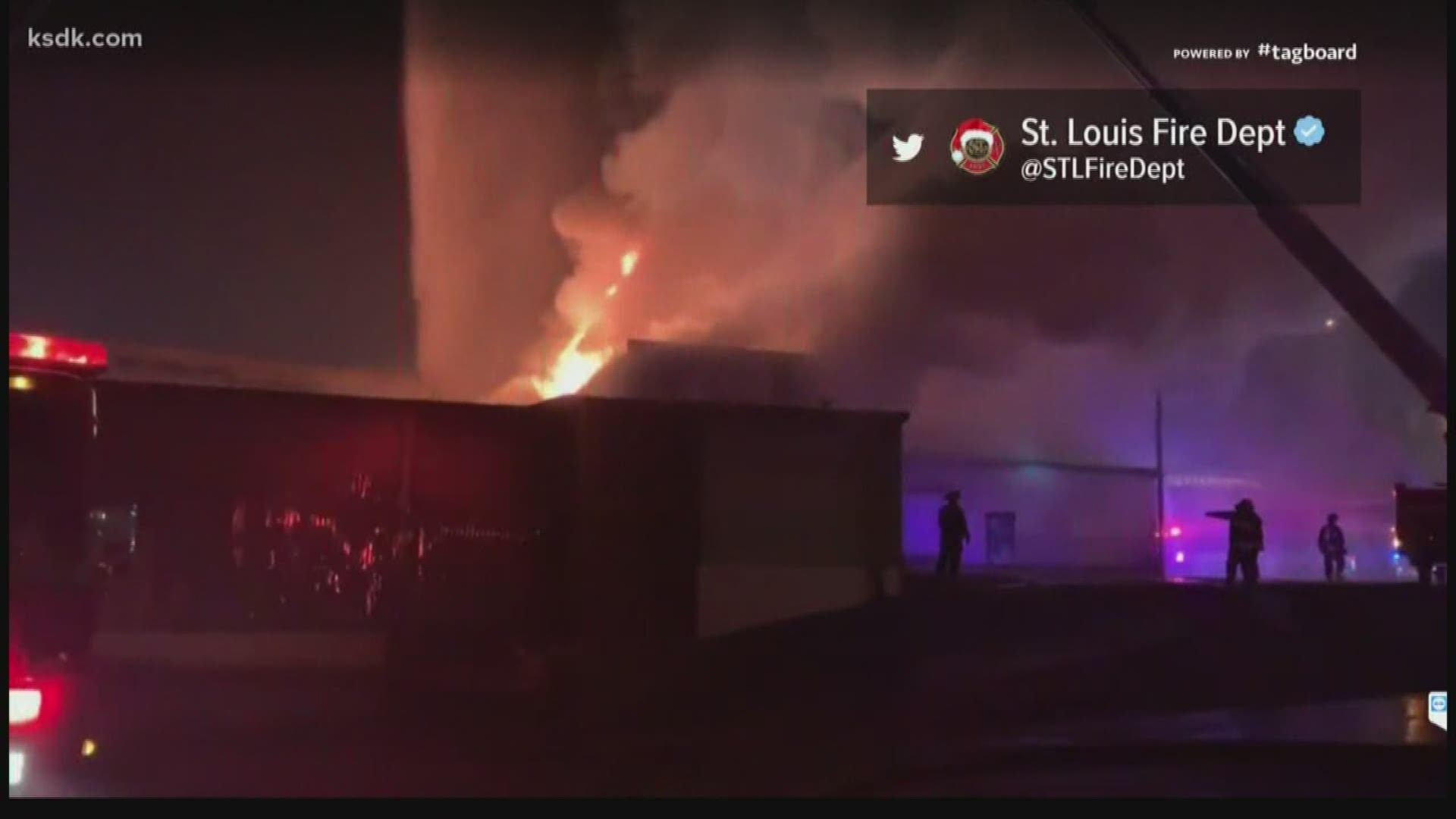 ST. LOUIS — There’s a haze over downtown St. Louis and the immediate area around it after a massive warehouse fire early Sunday morning.

More than 60 firefighters responded to Chouteau and S. Third Street at about 3 a.m. This is just under Interstate 44/55 in downtown.

Video shared by the St. Louis Fire Department showed large flames and heavy smoke pouring out of the two-story building. Crews worked for several hours to put out the fire.

The bulk of the fire is out, but St. Louisans in and near downtown still might smell smoke and see a heavy haze over the city Sunday morning.

Fire investigators have not released any further details at this time.