The teacher who created the assignment has been placed on administrative leave, a spokesperson said 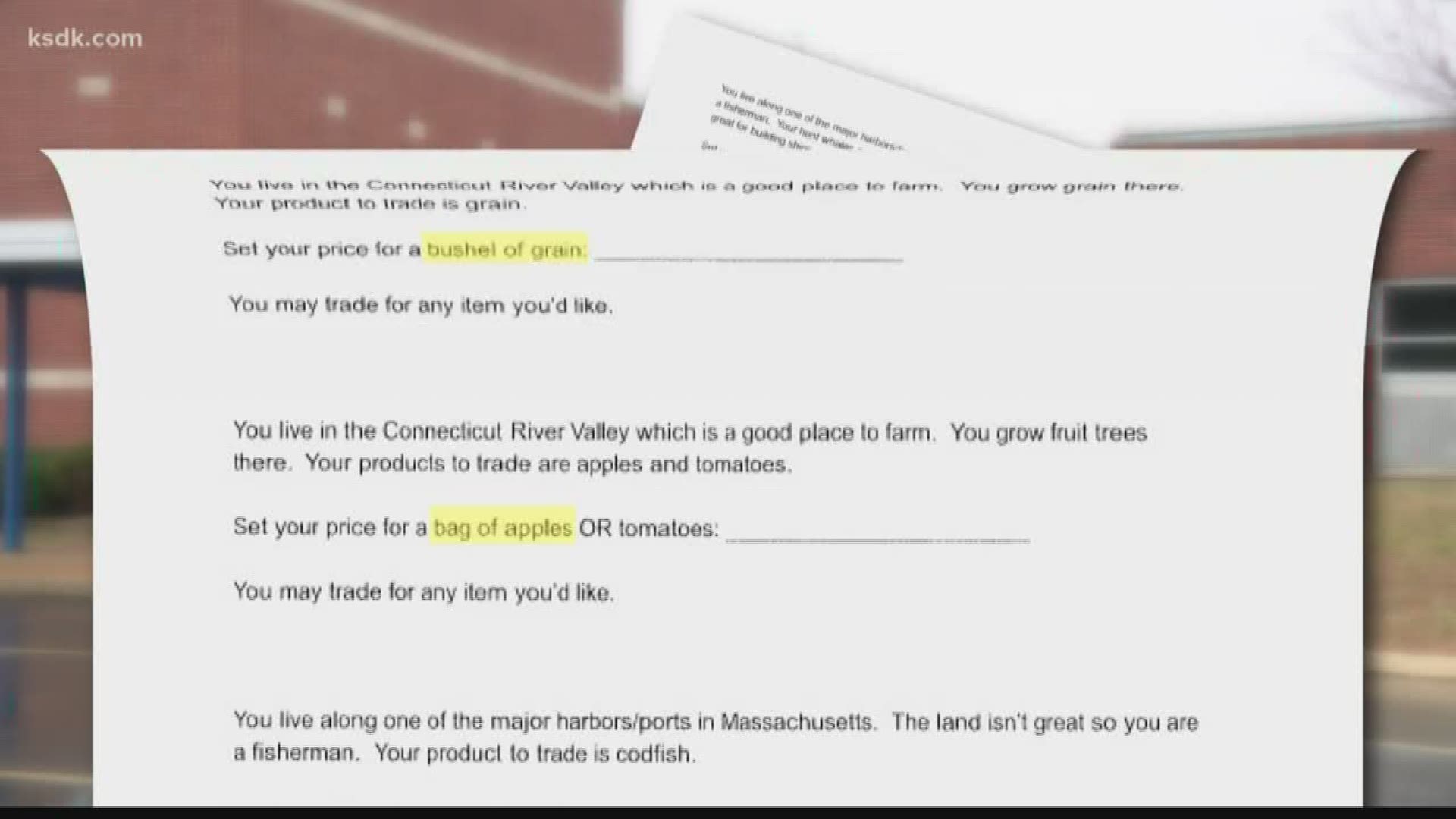 MEHLVILLE, Mo. — A Mehlville School District principal sent a letter home to parents at an elementary school after students were given a ‘culturally insensitive’ assignment.

The assignment was for fifth-graders at Blades Elementary School.

In the ‘Colonial Market Assignment,’ the last question reads, ‘You own a plantation or farm and therefore need more workers. You begin to get involved in the slave trade industry and have slaves work on your farm. Your product to trade is slaves.’ And then it said, ‘Set your price for a slave. _________ These could be worth a lot.’

In the letter sent home to parents, the principal said the teacher expressed 'significant remorse.'

Shortly after a press release was sent, a spokesperson said the teacher who created the assignment has been placed on administrative leave.

Below is the full letter sent to parents

'This weekend, I became aware of an assignment that was provided to fifth-grade students in Social Studies. The assignment, which was completed during class time, attempted to address market practices. As part of both the Missouri Learning Standards for fifth-grade Social Studies and the fifth-grade Mehlville School District curriculum, students were learning about having goods, needing goods and obtaining goods and how that influenced early settlement in America. Some students who participated in this assignment were prompted to consider how plantation owners traded for goods and slaves.

The assignment was culturally insensitive. I appreciate the parents who notified me of this assignment. I met with the teacher this morning to discuss the purpose of the assignment, the teacher’s interpretation of curriculum standards, and the impact the activity could have on students.

The teacher has expressed significant remorse. The district is continuing to investigate this event. Also, I am working with district leadership to provide all Blades teachers and staff with professional development on cultural bias in the near future. We are working together to ensure all students and families feel valued and respected at Blades Elementary.

Please feel free to call me directly at 314-467-7300 with any questions you may have. I am always available for you and your students.

"So why would you not have implicit bias, cultural bias training included in a district where you have a diverse population?" Bowman asked.

He wants the superintendent to issue a public apology and agree to meet with him about this whole episode.

"There needs to be an aggressive action taken to make sure this never happens again," Bowman said.