Federal lawsuit filed against St. Louis County by animal control volunteers who are being forced to reapply

A volunteer said he believes the county's move is retaliatory after several volunteers spoke out about what they perceived to be unsafe and unsanitary conditions. 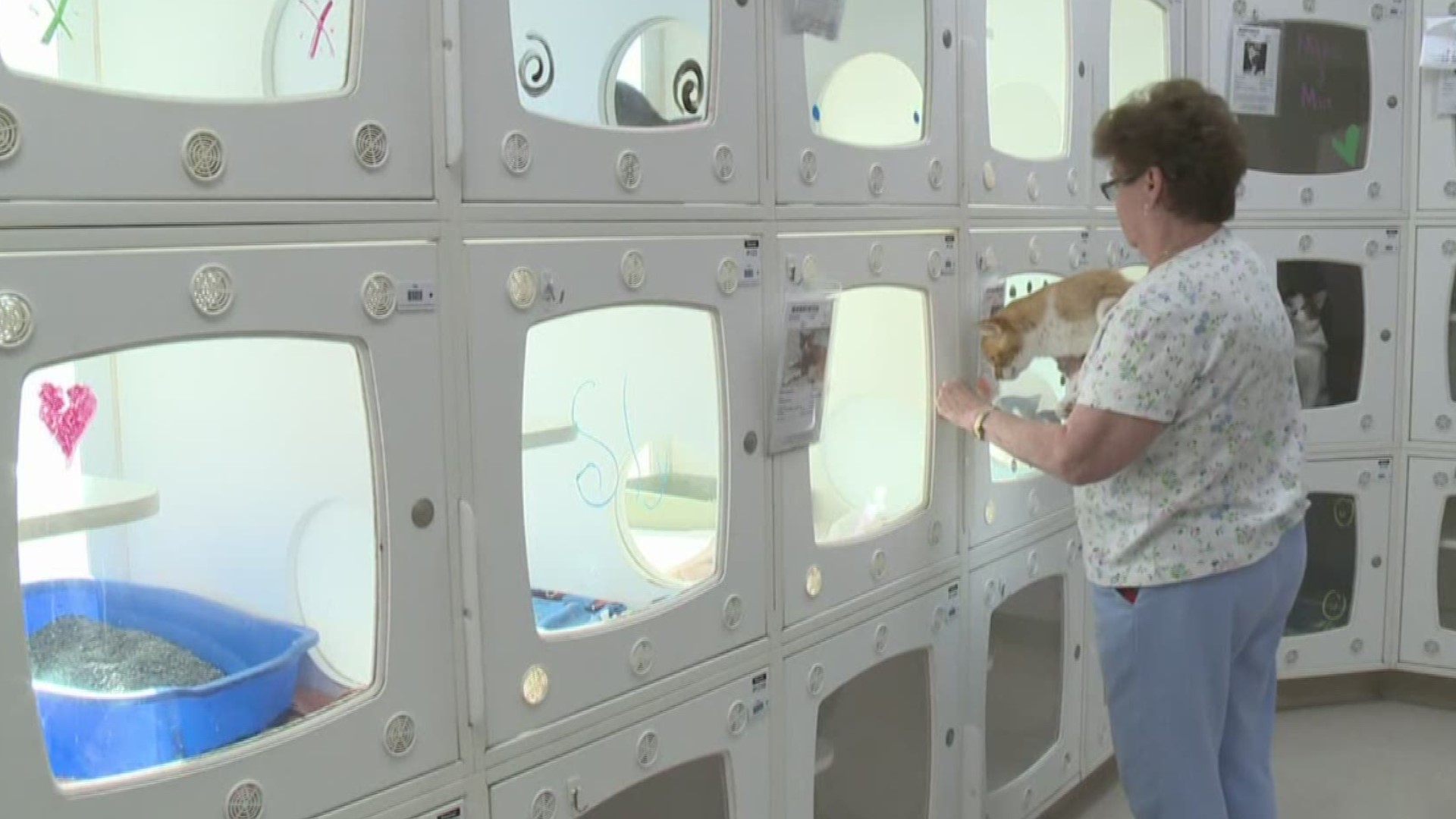 OLIVETTE, Mo. — Heather Henderson is so committed to the animals at St. Louis County Animal Control, she rearranged her schedule to be at the Olivette shelter for the last day of her regular volunteer position.

"This is so important to me. I took a vacation day from work today to be here with all these guys," Henderson said.

Henderson is one of the roughly 450 volunteers who will have to reapply for their positions after the county decided to restructure its program.

RELATED: '[We] walk dogs and pick up poo for free' | Why STL animal control volunteers have to reapply for their jobs

"It's basically a way to weed people out," volunteer for two years Joseph Hatton said.

Hatton believes the move is retaliatory after several volunteers spoke out about what they perceived to be unsafe and unsanitary conditions.

It's a charge the county denies.

"This is not retaliation," Spring Schmidt, Department of Public Health Interim Director, said. "We have people we don't have forms and files on. And so we appreciate that they've been here, but we need to have a system and some rules and procedures. And this is just [saying] 'OK, we're all going to be on the procedure.'"

Two volunteers, Jennifer Agnew and Anne Cashel, are taking their concerns to court.

The suit claims the volunteers' Constitutional rights of free speech and free assembly were violated, asking for damages and an injunction to stop the new application process so Agnew and Cashel can continue volunteering in their previous positions.

"For some of these dogs and cats in the shelter, these will be their final days," the plaintiffs' attorney, Daniel Kolde, told 5 On Your Side in a statement. "Without the volunteers, they are going to die without final walks, hugs, love, and without one last treat. We find the actions of Executive Page, the County Council, and Directors Schmidt and Baskin to be heartless and utterly unconscionable. We hope they sleep well with their decisions tonight because we won't."

Schmidt says county workers will fill in the gap while they vet new volunteers, starting shifts at 5:30 a.m. Friday and continuing through the weekend.

In all, they'll contribute about 300 hours to the care and wellbeing of the shelter animals. County officials say that's comparable to the time volunteers cover.

Henderson says she's applied to continue volunteering in the new system and she even plans to adopt one of the shelter's current residents, a black and white dog with a sweet demeanor.

RELATED: 10 Things to do in St. Louis this Weekend