On Thursday the veteran officer, now promoted to lieutenant, was met with applause among fellow officers and close friends. 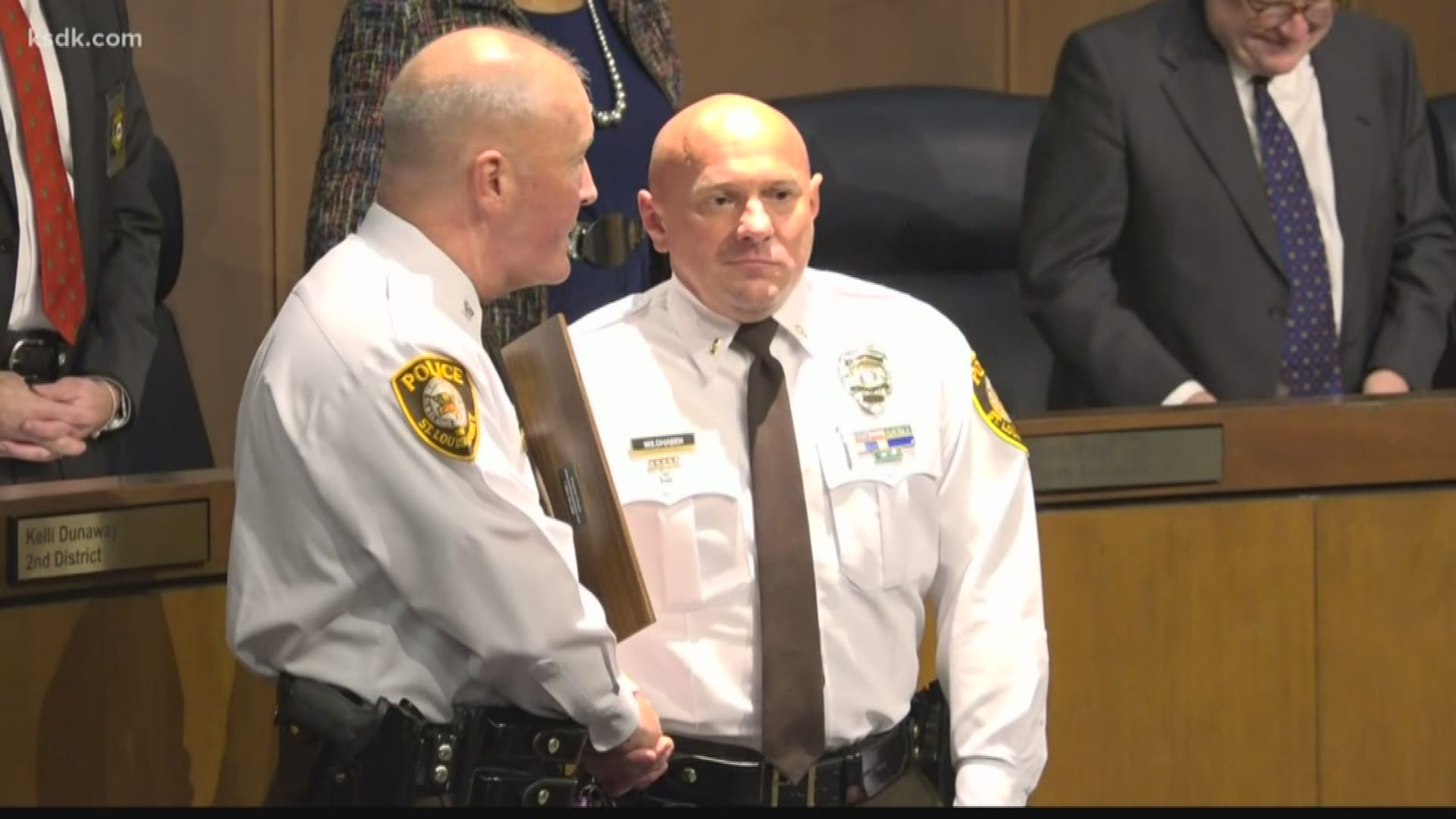 The agency promoted more than a half dozen new officers Thursday afternoon, including Keith Wildhaber, who just won a $19 million dollar discrimination lawsuit against the department.

In October, a jury ruled in favor of officer Wildhaber, who claimed he had been passed up for promotion multiple times because he is gay.

He has now been selected to head the department's Diversity and Inclusion Unit. 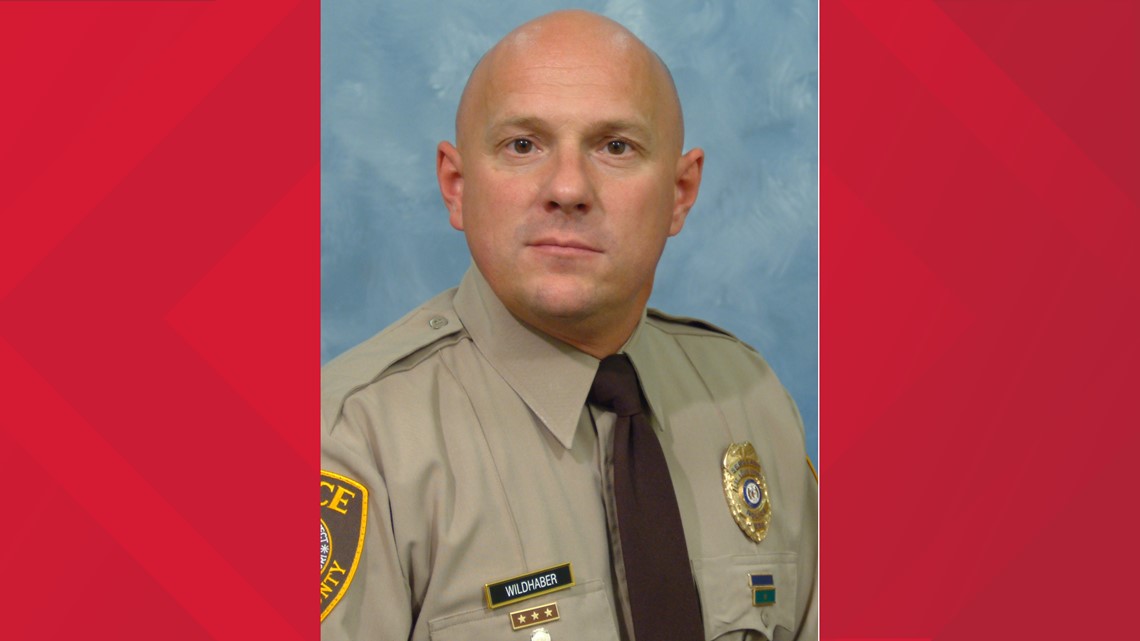 St. Louis County officer who won discrimination lawsuit to head new diversity inclusion unit
ST. LOUIS COUNTY, Mo. - An officer who won a $19 million discrimination lawsuit against the St. Louis County Police Department in October will head the department's new Diversity Inclusion Unit. The department announced the formation of the unit on Thursday, at the same time that it announced Keith Wildhaber, newly promoted to lieutenant, will serve as the unit's first commander.

On Thursday the veteran officer, now promoted to lieutenant, was met with applause among fellow officers and close friends.

Both Chief Jon Belmar and Wildhaber declined an interview after the ceremony.

Not everyone was happy with Wildhaber's appointment. The Ethical Society of Police said in a Wednesday statement that it was disappointed in the decision.

"The fact that there was no selection process held for such an important assignment signals to us the lack of sincerity in the Department's commitment to address diversity and inclusion for all of its employees," the society said.

The department is appealing the discrimination lawsuit. They would not comment on the status of that appeal.

Approximately 90 members of the Department attended training by the Anti-Defamation League coordinated by in the recent past. The Department is exploring the possibility of expanding the training.....While they were not all mandatory, many officers benefitted from attending each class.

Official statement from the Ethical Society of Police

"The Ethical Society of Police (E.S.O.P.) is asking for an inclusive process during the implementation of the newly-formed Diversity and Inclusion Unit within the St. Louis County Police Department (STLCPD). The head of the Diversity and Inclusion Unit should have a strong history of being a champion for racial diversity, inclusion, equity and demonstrated the prerequisites that would lead him/her to be selected as the most qualified employee. It is from that lens that we are extremely disappointed with Chief Jon Belmar’s selection for the Diversity and Inclusion Commander. The fact that there was no selection process held for such an important assignment signals to us the lack of sincerity in the Department's commitment to address diversity and inclusion for all of its employees.

STLCPD lags behind many police departments nationwide with regard to Diversity and Inclusion, as noted in the findings of the 2015 U.S. Justice Department’s Office of Community Oriented Policing Services (COPS) collaborative review of the Department. Moreover, Chief Belmar has been consistently tone-deaf to the concerns raised by African-American regarding discriminatory practices and disparate treatment of minorities relative to hiring, selection to specialized units, disciplinary actions and promotions.

The creation of a unit dedicated to addressing the aforementioned issues is a step in the right direction. However, we question the strength of the motivation for meaningful change as the creation of the unit came only after STLCPD was hit with a multi-million dollar civil lawsuit brought by then Sergeant Wildhaber who has been chosen to head the new unit.

STLCPD has had a race issue long before Chief Jon Belmar; however, he has done little to adequately address the problem. We wish the Diversity and Inclusion Unit could have occurred sooner when African-Americans were soliciting help and repeatedly met with him. And, thus far, the implementation has failed to properly address the divisive issues that exist in STLCPD.

To proceed into a more racially inclusive environment, the E.S.O.P. strongly suggests mandatory cultural competency and implicit/explicit bias training for all ranks within the Department, and a diverse group of employees to be included in the new Diversity and Inclusion Unit." 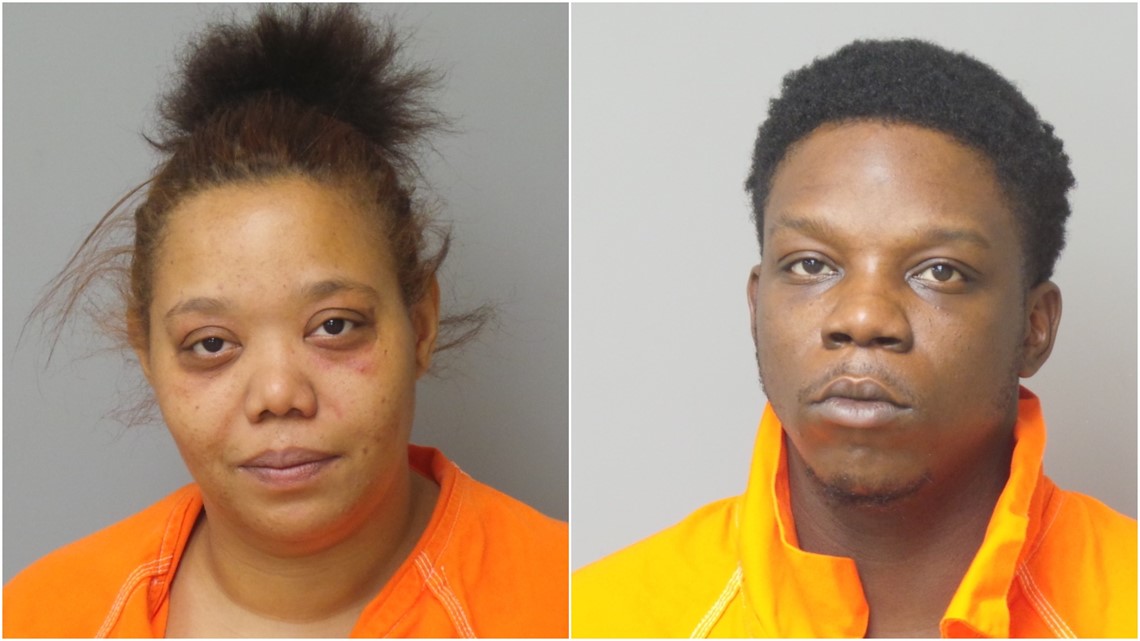