'We were luckier than some' | Trampoline tossed onto car, house by Tuesday windstorm

Home surveillance cameras caught everything on camera as the wind picked up the trampoline and sent if flying across a Macoupin County yard. 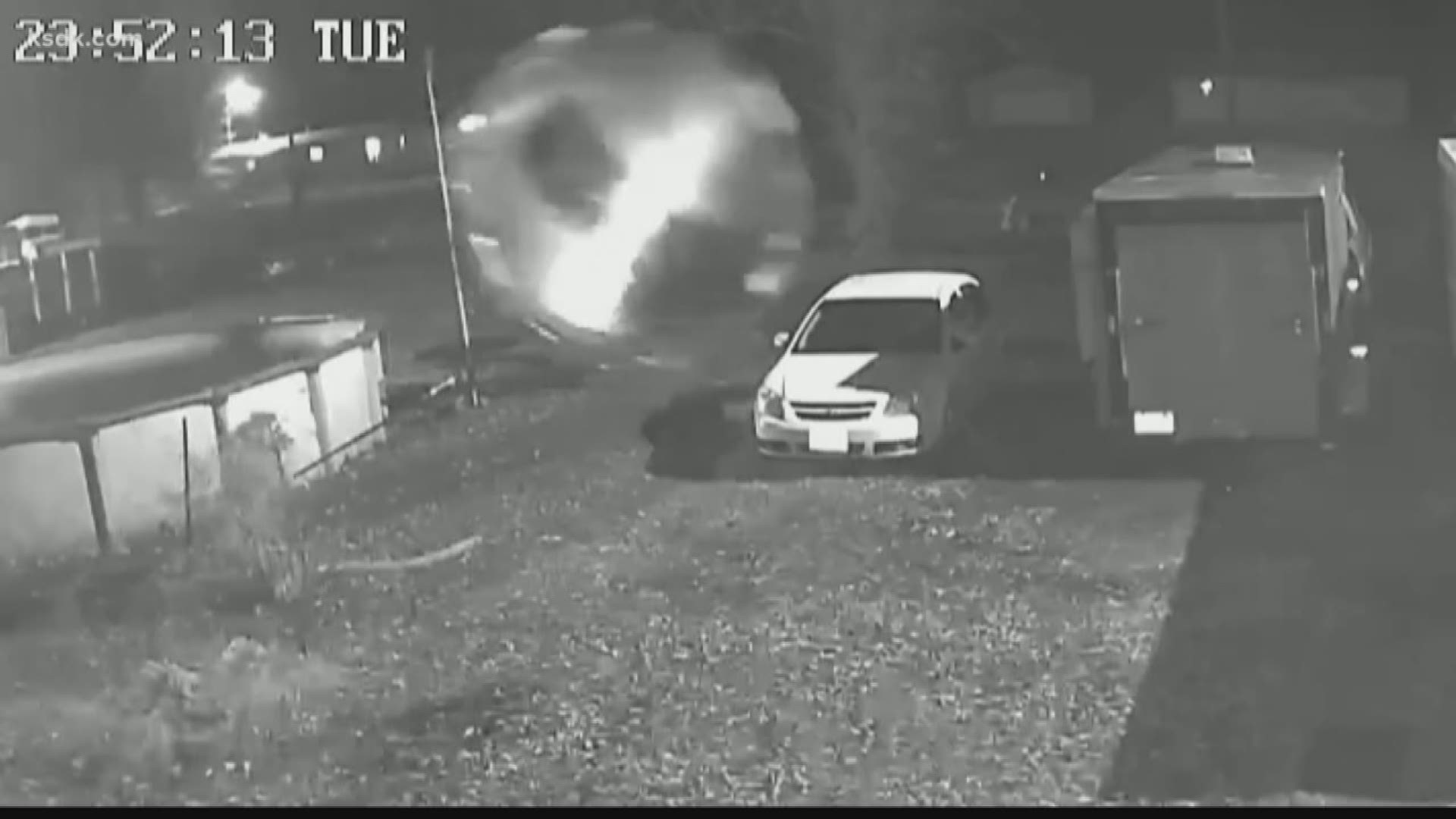 CHESTERFIELD, Ill. — Kayla Wyhs first learned that their family trampoline had taken flight during Tuesday's wind storm when she heard her 11-year-old son -- who watched the whole thing from his bedroom window -- yelling to his parents about the events as they unfolded.

"He comes screaming 'oh my God, the trampoline is blowing across the yard, and it just hit your car,'" Wyhs said.

"I thought it was either broken or it was going to break our house or something like that," 11-year-old Landon Wyhs said.

Mom Kayla said she didn't believe Landon at first, calling him "kind of a prankster." But they threw on their shoes, went outside, assessed the damage and pulled up video from their home surveillance cameras.

In the video, the trampoline rises off the ground, flies to the right bounces off Kayla's car and ricochets across the yard, headed straight for the house.

"I just kept thinking my car is going to have a broken windshield," Wyhs said.

The trampoline stopped on the side of their house. Once they took it down and took a look, they realized everything could all be put together again.

"We were luckier than some," Wyhs said. "I know my Facebook friend had a tree go through part of the roof of her house when her kids were sleeping, so we were lucky."

The Wyhs family doesn't have a lot of cleanup to do. Landon has already collected most of the trampoline springs that were flung around the yard.

But Kayla said they will flip their trampoline towards the ground for future storms and weigh it down with cinder blocks. They escaped damage this time, but she's not willing to tempt fate twice.

RELATED: Blast from the past! Old Venture sign appears after strong winds across St. Louis

RELATED: HE'S BACK | 5 On Your Side Reporter Brandon Merano returns from deployment to Afghanistan