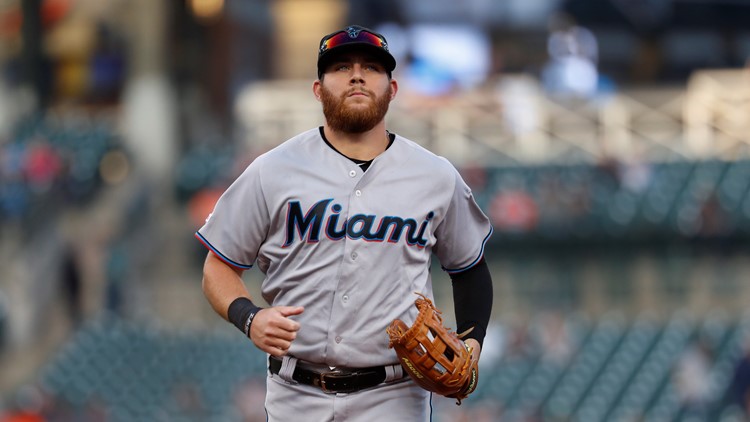 Photo by: AP
Miami Marlins' Austin Dean plays in the fourth inning of a baseball game against the Detroit Tigers in Detroit, Wednesday, May 22, 2019. (AP Photo/Paul Sancya)

ST. LOUIS — The Cardinals are wheeling and dealing heading into spring training, although it might not be as big of a move as fans were hoping for.

Dean was drafted by the Marlins in the fourth round of the 2012 draft, and was named the organization's minor league player of the year in 2018.

Burgos was signed as an international free agent in 2017 out of the Dominican Republic, and appeared in 58 games between the Dominican Summer League and Gulf Coast League last season.

The Cardinals are adding Dean to their 40-man roster, which will now stand at 39 players.

RELATED: Craig Mish on Marcell Ozuna: 'The Cardinals are a fallback option'