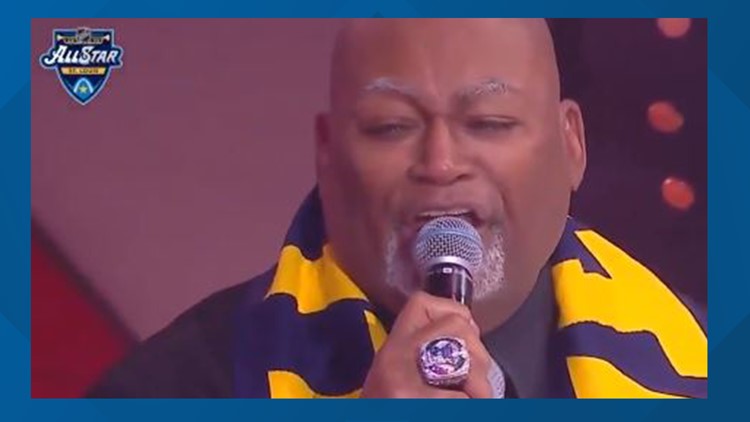 ST. LOUIS — Nobody can get a crowd going in St. Louis quite like Charles Glenn.

The Blues National Anthem singer for 19 seasons, Glenn decided to retire from doing the anthem on a regular basis at the conclusion of the 2019 season as he battled Multiple Sclerosis. The Blues were able to give him a pretty awesome parting gift: a Stanley Cup championship.

But Glenn was back in the building on Saturday night for the 2020 NHL All-Star Game.

The Enterprise Center nearly exploded as Glenn walked the red carpet to do the anthem. He thanked the crowd for the ovation and then performed an anthem like only Charles Glenn can do.

RELATED: Why Blues games will 'sound' a bit different next season