MLS4TheLou hopes for 'shovels in the ground' in January

We know where the stadium will be and what it will look like... but just how soon will we know what the St. Louis MLS team will be called? Its owner has answers. 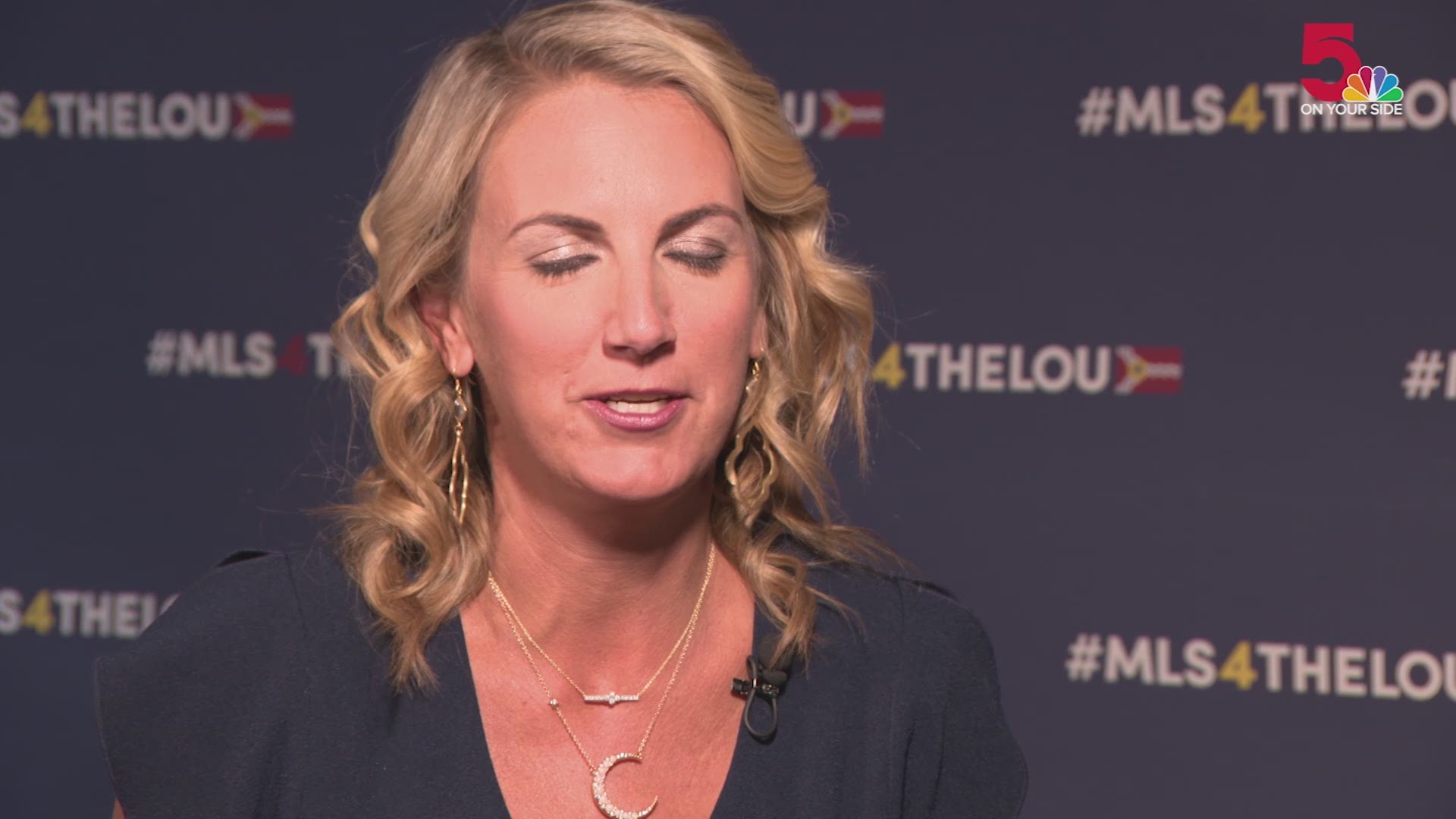 ST. LOUIS — We're starting to learn more and more about just what Major League Soccer in St. Louis is going to look like.

In late October, we got the final renderings of the new stadium. Now, we're getting even more answers from one of the team's owners, Carolyn Kindle Betz.

The biggest news? MLS4TheLou hopes to start getting to work ASAP.

"We are feeling very confident we're going to see shovels in the ground in January," Kindle Betz said.

When construction does begin on the stadium, it'll be one of the most all-encompassing projects in MLS history. The stadium, team offices, practice fields and facilities will all be located in the same spot, north and south of Market Street west of Union Station.

"I woke up one morning to an email from the architect that said 'I have an idea that's sort of in left field can I send it to you?' And I was having my coffee and I looked down and thought it was genius," Kindle Betz said. "The question was, so you can build the stadium south of Market, but then what are you going to do north of Market? And then there was a question of where are the practice fields and team headquarters going to be? And so this was a literally on a napkin drawing and we all fell in love with it and said this is what we needed to do."

So we know what the stadium will look like and where it'll be. But what about what the new team will be called and what they'll look like on the field?

"The MLS has a very thorough process to make sure the name and the colors are true representations of these communities that have these great soccer teams," Kindle Betz said. "So we still have some work to do so hopefully we'll have something the first quarter of 2020."

So it's still a wait-and-see game as far as name and color scheme goes, but Kindle Betz has a suggestion

"I've said it before and I'll say it right now... I think pink would be a fantastic team color," Kindle Betz laughed.

All of this success and progress isn't without some worries for Kindle Betz, though. She wants everything to be perfect come 2022, especially when it comes to filling the stadium and giving fans the ultimate St. Louis soccer experience.

"I think we'll fill it. What I'm concerned about is that we'll fall short of their expectations," Kindle Betz said. "Sort of the saying at Enterprise is 'under promise and over deliver' and I hope that sentiment comes into this endeavor because I want people to be excited to come to the game, and I want them to be even more excited to come to the next game and the game after that. But also, bring your neighbor and bring your friends. So don't doubt we fill it but I want to fill it in a way that people are leaving 100 percent completely satisfied."

RELATED: Our list of best ideas for a St. Louis MLS team name