Perron scores in OT to lift Blues past Flames 3-2

The Blues have the second best record in the NHL, just two points behind the Washington Capitals. 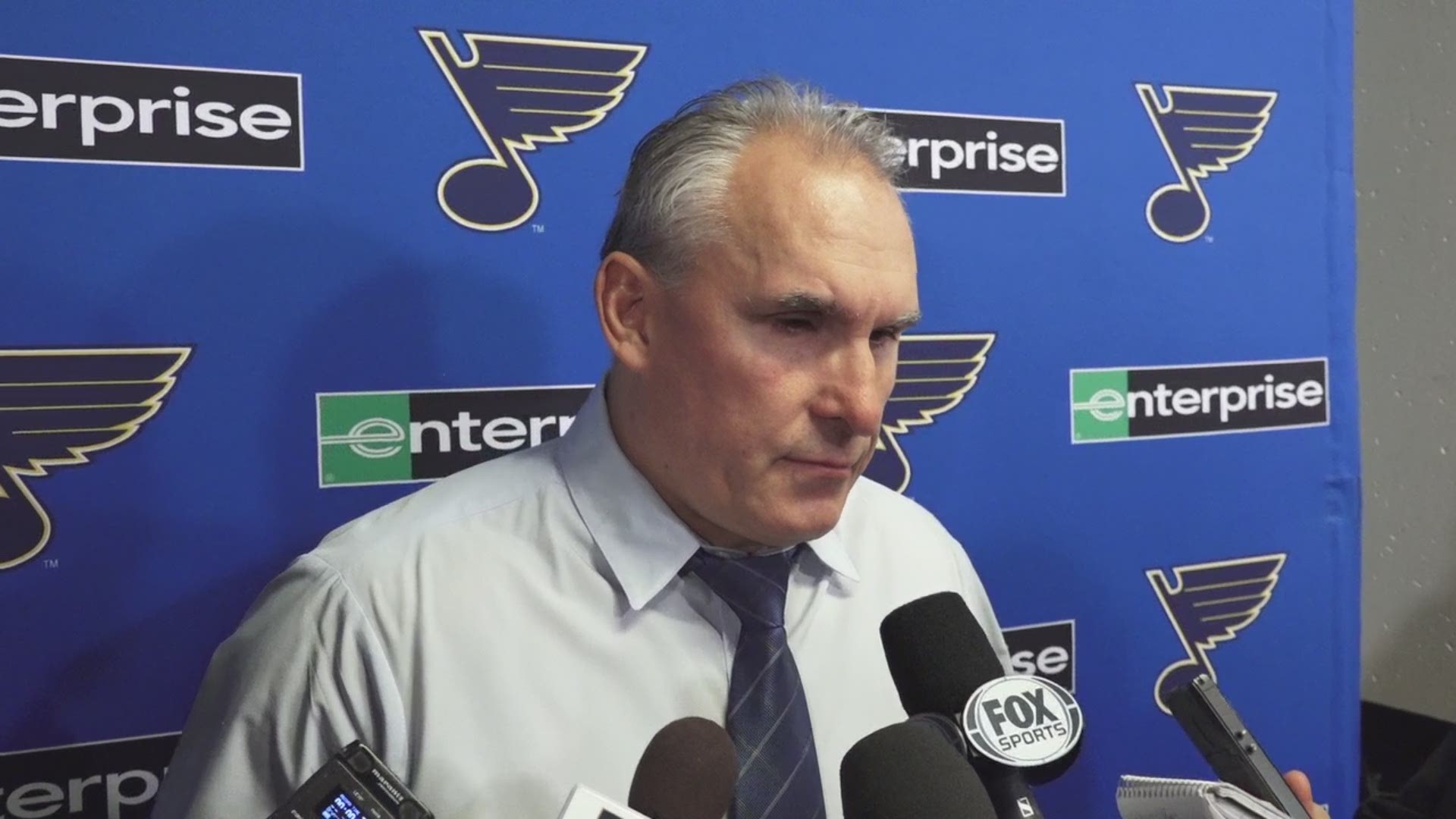 Perron scored a power-play goal 2:46 into overtime to lift the St. Louis Blues to their seventh straight win, 3-2 over the Calgary Flames on Saturday night.

After TJ Brodie was sent off for holding in the extra period, the Blues took advantage with Perron's eighth of the season — and fifth that proved to be the deciding goal — on a one-timer off a pass from Ryan O'Reilly.

"I haven't been out on 4-on-3's that much in my career so you kind of have to get a feel for it the first few seconds," Perron said. "The guys did a good job. O'Reilly put it right in my wheelhouse there and I was able to put it home."

Ryan O'Reilly and Ivan Barbashev also scored for St. Louis, and Jordan Binnington stopped 27 shots to help the defending Stanley Cup champions complete a perfect four-game trip and with their fifth straight away from home.

It was also the Blues' fifth overtime win this season — each coming during their current streak.

"We're just finding a way to get it done," O'Reilly said. "We're confident going into these situations. We're not flustered even though we wanted to hold them off the right way. We're confident. (Binnington) back there was playing unbelievable, poised. We're just confident."

"They've got a lot of guys, who can get a lot of looks," Flames defenseman Travis Hamonic said. "I felt like we didn't give them much, but obviously, they know how to put it in."

Matthew Tkachuk and Hamonic scored in a 5:05 stretch late in the third period to tie the score for Calgary after St. Louis led 2-0. David Rittich finished with 25 saves.

Tkachuk pulled the Sharks within one with 9:01 left in regulation as he scored his 10th off a centering pass from Andrew Mangiapane.

"Probably the best team we played this year, just the way they're able to grind you and wear you down and play in the offensive zone and play the right way, finish their hits," Tkachuk said. "They're a playoff team. They showed it last year and they're right in form this year."

With the teams playing 4-on-4 due to coincidental minor penalties, Hamonic tied it with 3:56 remaining as he shoveled a backhander past Binnington.

Barbashev got the Blues on the scoreboard 3:17 into the game with a wraparound into the open side of the net.

O'Reilly made it 2-0 with 6:54 remaining in the second with his fifth goal and team-leading 18th point. With the Blues on the power play, he sent a one-timer off a pass from Perron inside the far goal post.

Earlier in the second, Calgary had squandered a chance to tie it as Michael Stone sent a shot over the net from 30 feet out after he was set up in the slot on an odd-man rush by Mikael Backlund.

"In the second, we came down the pipe a couple of times and had some good looks," Flames coach Bill Peters said. "I think you can learn from a game like this. I think there were times when we spent a little bit more time in the D zone than we wanted to and we weren't clean breaking out."

NOTES: The Blues entered third in the league on the power play, and finished 2 for 4. During their winning streak, St. Louis is 8 for 23 with the man advantage. ... With Alex Steen (sprained ankle) sidelined after getting injured Wednesday in Edmonton, Jacob De La Rose made his Blues debut. Acquired in a trade with Detroit, he took Steen's spot on a line with Tyler Bozak and Sammy Blais. ... Calgary's Mark Jankowski is not only without a point through 17 games, he has also yet to be on the ice for a Flames goal.