She was one of the most famous women in the world, known for her big heart and sense of humor. 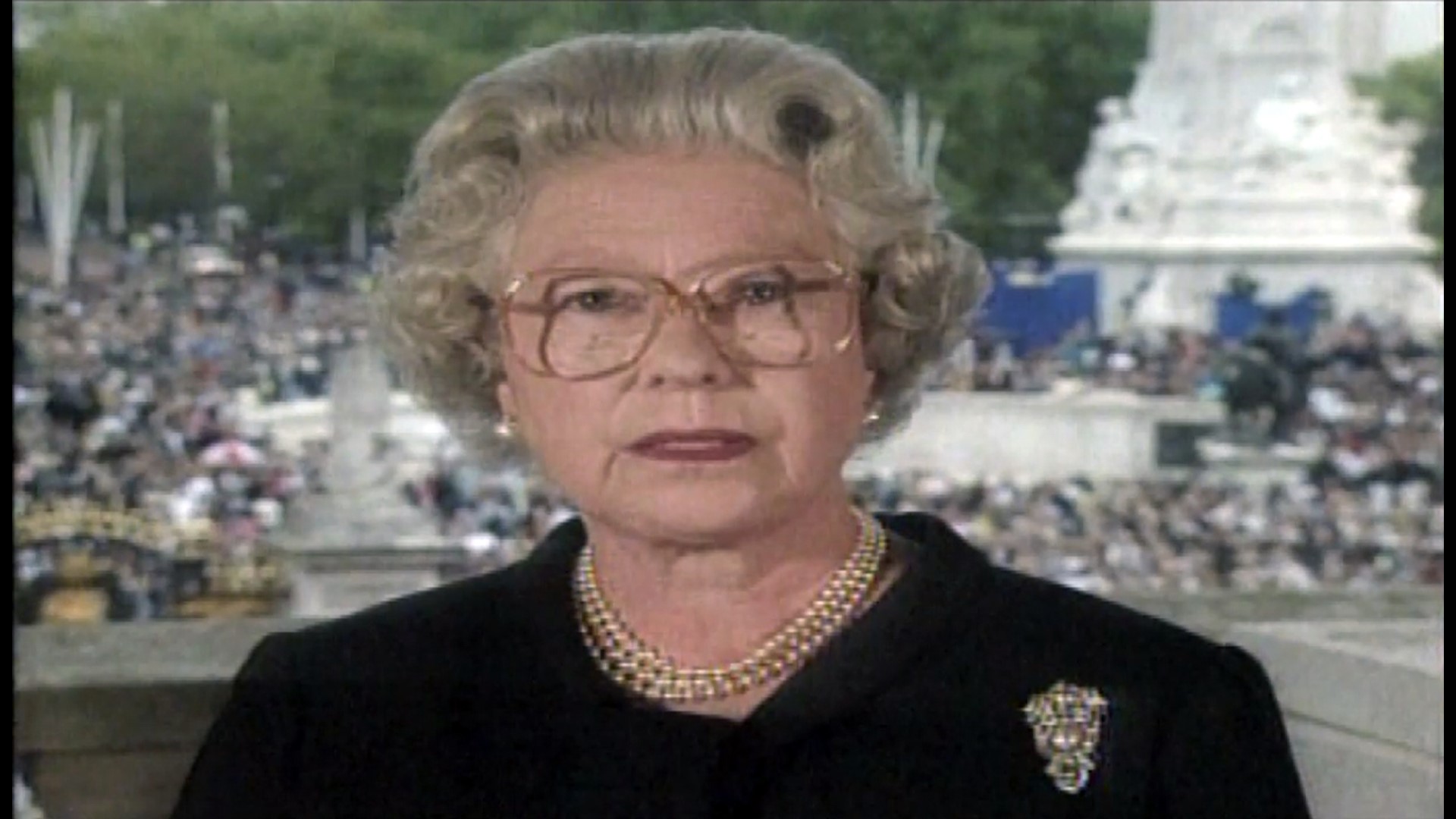 ST. LOUIS — August 31 marks 22 years since the death of Diana, Princess of Wales. One of the most famous women in the world, and certainly one of the most photographed, Diana was killed in a car crash in the Pont de l'Alma tunnel in Paris in 1997.

Dodi Al-Fayed, her boyfriend of just a few weeks, was riding with her in the back seat. He was killed instantly, as was their driver, Henri Paul. Diana's bodyguard was seriously injured but survived.

I was working in the 5 On Your Side newsroom the night of August 31 when the AP alert came over the wires saying Princess Diana had been injured in a car crash. My heart immediately went out to the mother of two who had been divorced from Prince Charles for just a year. With no other information, I was hoping for the best.

Then about two hours later came the news that the woman known as The People's Princess had died.

Diana, Princess of Wales, was just 36.

The world was immediately plunged into mourning. Millions of people who had never even met Diana were in disbelief and tears. Those who knew her were devastated.

Flowers and memorials grew so large outside her Kensington Palace home, crews had to routinely remove some of the flowers. They were five feet deep in spots, the blooms at the bottom of the piles starting to compost.

Here in St. Louis, Diana's death dominated the news cycle. Our reporters here at 5 On Your Side did local stories on people’s reactions. Reporter Jean Jackson visited a school to talk about how students were reacting to her death.

Her funeral was broadcast around the world. An estimated two billion people watched. Diana's sons, Prince William, just 15, and Prince Harry, just 12, were seen walking behind her hearse to the funeral service. Here's a clip that aired the night of Diana's funeral. 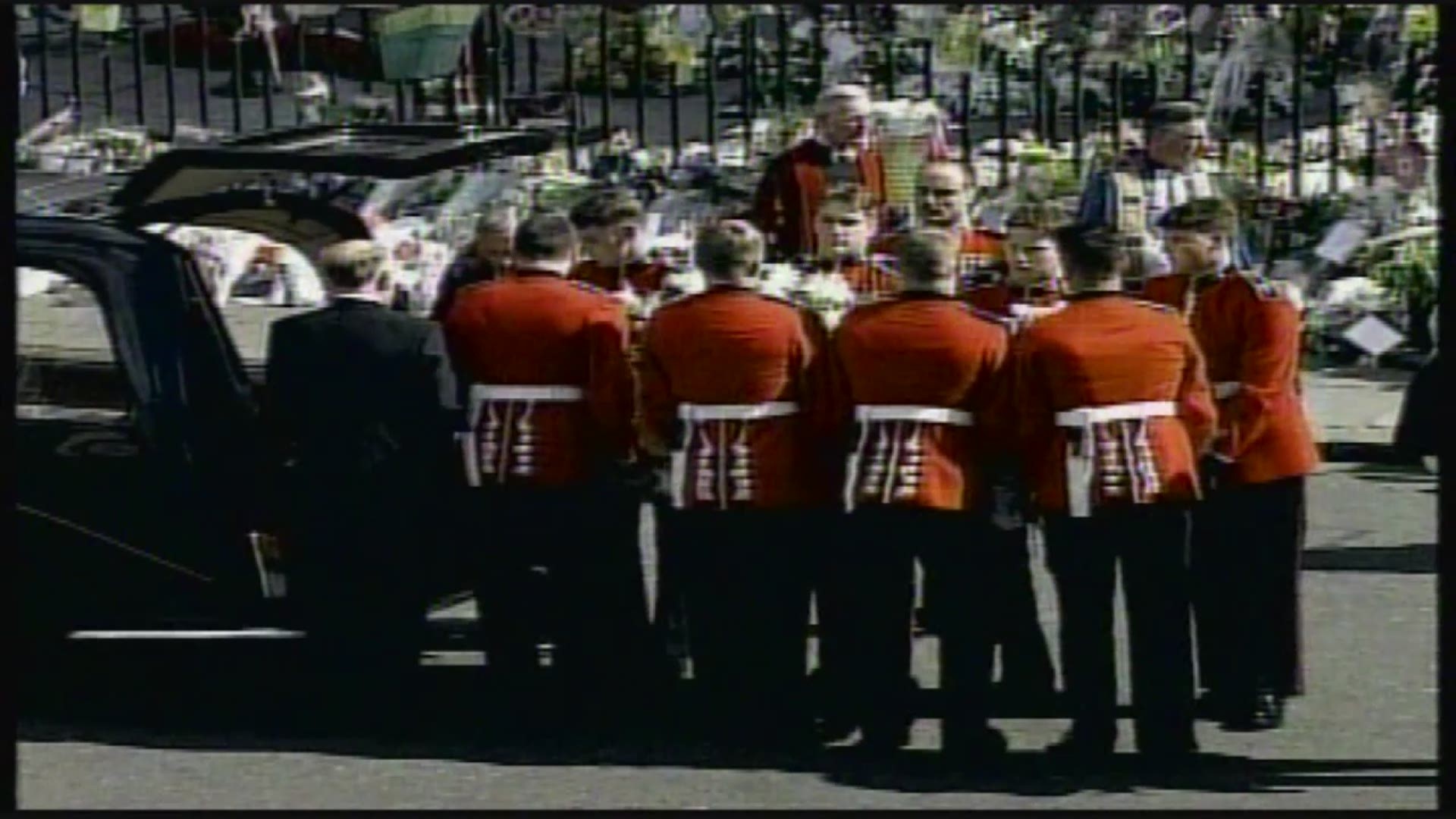 Diana's death also came as such a blow because of the humanitarian work she had done in the last year of her life. She met with South African president Nelson Mandela, and the two announced their individual AIDS charities would be teaming up to help people affected by the disease. Diana had long worked to lower the stigma around AIDS and HIV.

She also was very active in working to get landmines and other debris of war removed from war-torn countries. She visited Bosnia and Herzegovina just days before her death to bring awareness to the problem of landmines there. Many credit the awareness she brought to the issue with the signing of the Ottawa Treaty that banned the use of anti-personnel land mines.

Diana's personal life had also been changing. She had dated a British-Pakistani heart surgeon named Hasnat Khan until the summer of 1997, when the two broke up. At the inquest into Diana’s death, Khan told the investigators she had broken up with him.

Queen Elizabeth and many of the other royals were criticized for not showing some emotion in the days after Diana’s death. The Queen and Diana had always had a complicated relationship, but many wanted to see some public reaction of grief from the Queen following Diana's death. Many said the Queen could have done more to console the grieving public.

There also was public outcry demanding that the Royal Standard, the Queen's flag, be flown at half-mast at Buckingham Palace. But protocol demands that the flag only be flown when Queen Elizabeth II is in residence at the palace. The Queen was summering at her estate in Scotland when Diana died.

Also, royal protocol never calls for the flag to be flown at half-mast, even in the event of a monarch's death.

"Can you imagine what it just be like for them every day to have this rubbish written" by the tabloids, Sarah told me in an interview seven years after Diana's death. "Stop now! Do the inquest, let her be at peace."

There were inquests into Diana's death. One conducted in France and another in Britain in the years following the crash.

The media initially blamed the behavior of the paparazzi who followed her car. But the French judicial investigation in 1999 found that the crash was caused by driver Henri Paul, who lost control of the Mercedes at high speed while he was intoxicated and under the effects of prescription drugs. As a result, it was confirmed that no criminal charges would be issued against any of the pursuing photographers.