A look at the new Parkmoor Drive-In

Yes, the King Burger and onion rings will be on the menu 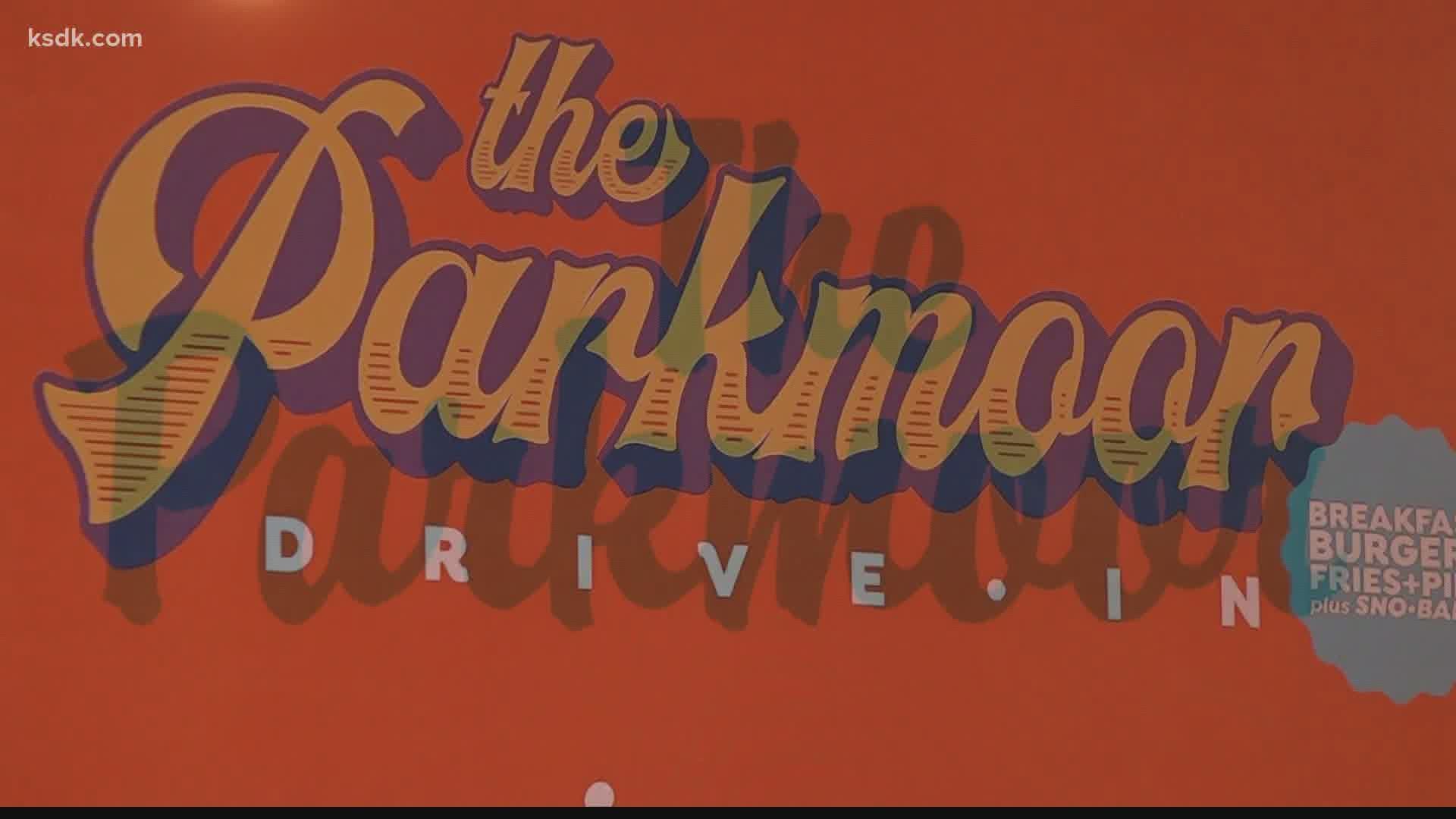 ST. LOUIS — The King Burger, the Premium Frank, and golden fried onion rings: the Parkmoor fed St. Louis families for decades at several locations around the city, before the last one closed in 1999.

“We call this a modern interpretation of the classic American drive in,” said Frank Romano, managing partner of the new Parkmoor Drive In.

The Webster Groves space previously occupied by Half & Half is still a work in progress, but has largely been transformed into a retro-inspired dining room with bold splashes of color, clean lines, and woodwork.

Romano's wife is designing the space, which is also the fine-dining restaurateur's first foray into fast-casual food. While much of the concept is based on nostalgia, the couple looks forward to bringing their teenagers to the restaurant, too.

“They don’t have any idea what we’re talking about, and so it skipped almost a whole generation, it’s time to bring it back,” said Romano.

Time, he said, even during a pandemic.

“I think it’s what St. Louis and the world need right now, the Parkmoor has always been a warm embrace. It’s a welcome home,” he said. “You know, we’re paying homage to the original, but our background is fine dining and so we know how to treat guests, and doing the Parkmoor style of food and recreating some of the signature items—our version of them—I think it’s what St. Louis needs.”

Romano said he came up with the idea of recreating the Parkmoor before the Lockwood Avenue space became available—and when it did, they thought the concept would fit well in the historic Webster Groves neighborhood. It’s not lost on him that he’s opening the original St. Louis curbside restaurant during a time when so many restaurants have pivoted to that very model.

“So that was always part of the plan, that we would talk to the city and try to get some curbside pickup out front, move in to delivery at some point,” he said.

“It’s the normal now, it is the way people are picking up their food, pre-drive-through it was a drive in, you come up front, you get your food, and you drive away,” he said. “Now your squawk box is your phone, mobile ordering. And just like that, you’ll be able to order online, from your device, and we can drop your food off at the car out front.”

“The Parkmoor was special for a lot of people, and I think they did a lot of things right,” said Dr. Harley Hammerman, author of Lost Tables, which tells stories of St. Louis’ iconic restaurants of the past. “You know, it was fast food, but it was good, high quality fast food.”

According to Hammerman’s research, the original Parkmoor was opened when a man named William McGinley invented food trays for car windows.

"In order for him to sell those trays, he had to sell the concept of curbside drive in restaurants. And there weren't any in St. Louis at the time. So he decided open his own.”

The restaurant was successful, eventually moving toward a more traditional dine-in model at five locations around the area. Eventually folding to competition from larger fast-food chains, the last Parkmoor closed in 1999.

“He's doing it right,” said Hammerman of Romano’s reboot. “He's not duplicating, he’s paying homage to the Parkmoor. If you try to duplicate it, you can't win because you can't compete with memories. And no matter how perfect he makes that onion ring compared to what it used to be, it's not going to be how I remember it. And even if it is how I remember it, it's not going to be how you remember it. So what he's got to do is really make a great onion ring. That's going to keep us all coming back and just use the memories to get us there.” 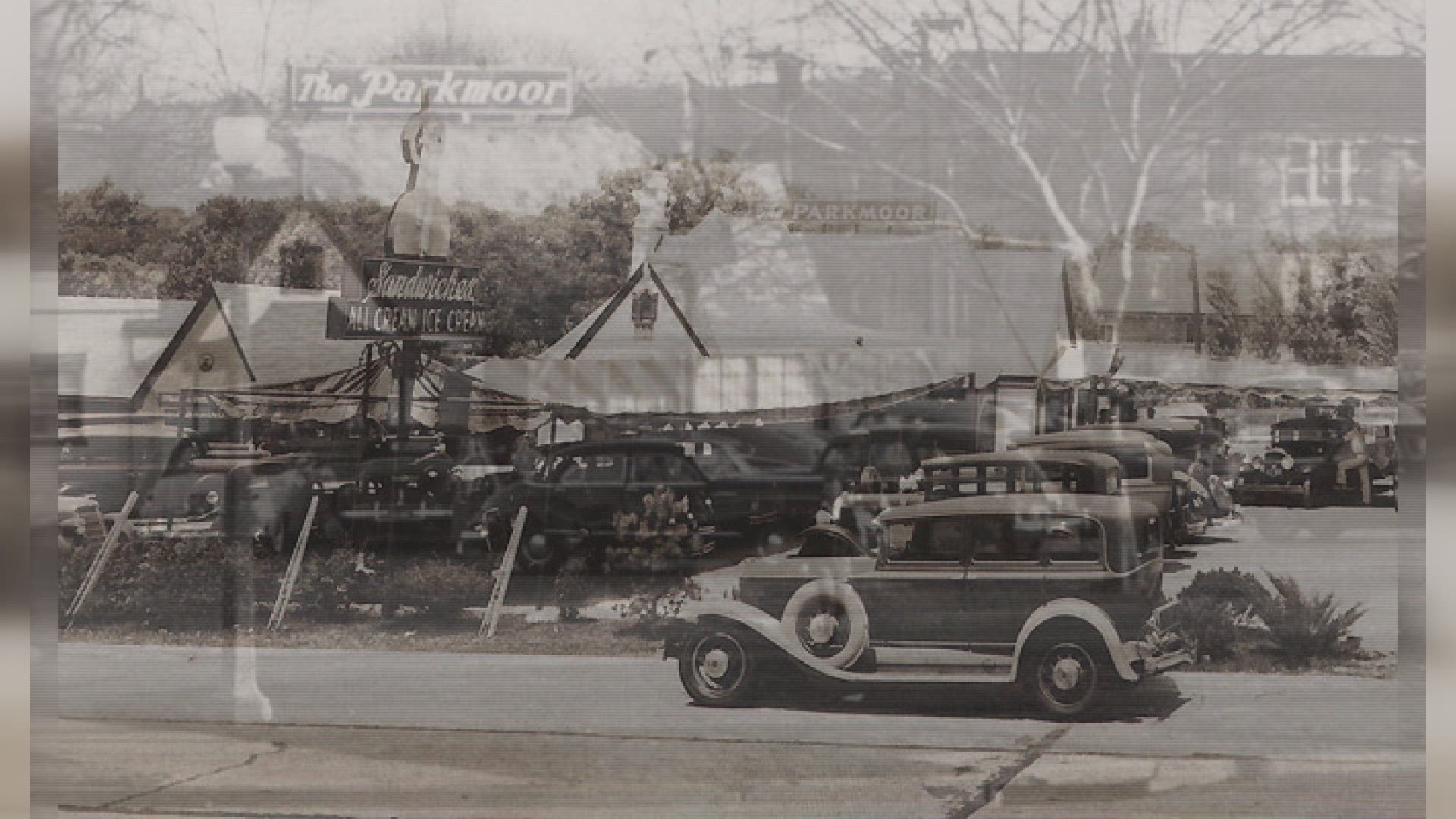 Romano feels the pressure to get it right—he spent five hours with a group of taste testers just working on his onion ring recipe, for example.

“There’s a lot of calling on from memory but we’ve had a panel of people that we’ve called on that have been like, OK, that’s pretty close,” he said.

He’s most excited to revive the famous Parkmoor King Burger and homemade pies, but said they’re also planning to offer more vegetarian options to keep up with a modern palate.

“I’m a big restaurant history buff, concepts of what worked, and what didn’t, who was behind it,” he said, “but I couldn't do it in another city."

Owners are not ready to announce an opening date yet, but hope to be up and running by July 15—the date on which the first Parkmoor opened back in 1931.

You can hear more about The Parkmoor's return to St. Louis in the Abby Eats St. Louis podcast episode called "What's old is new again at the Parkmoor". The podcast is available for free on all major platforms.