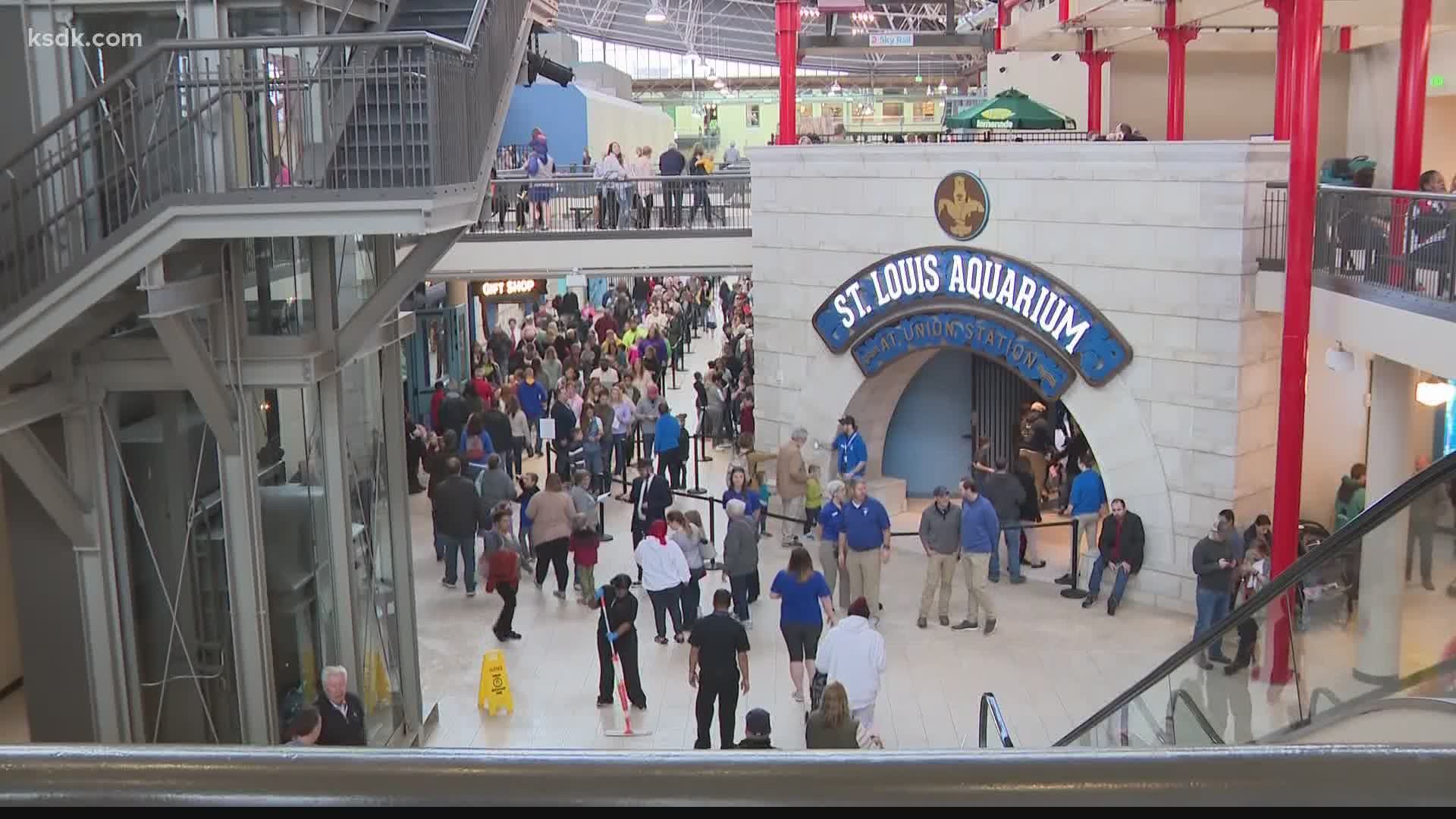 ST. LOUIS — The St. Louis Aquarium marked its first anniversary Christmas Day, but instead of getting a present, it gave one – a brand new interactive exhibit for all guests to enjoy.

The new habitat features archerfish, which are known for spitting water at their prey – mostly insects – knocking them into the water for a tasty snack. The aquarium said guests will be able to hold food above the water and watch the fish practice their splashy behavior. You can check out archerfish in action in this video from The New York Times.

Along with the new exhibit, the St. Louis Aquarium is introducing new ambassador animals. These animals are usually held by aquarium workers or volunteers and interact with the public. They give visitors a change to ask questions and learn about the aquarium’s residents up close.

The new ambassadors include young opossums and hedgehogs.

The aquarium is open Christmas Day from noon – 5 p.m. Tickets are available on the aquarium’s website.

The St. Louis Aquarium opened on Christmas Day 2019 to a sold-out crowd. Tickets were quickly snatched up for weeks as eager St. Louisans welcomed the brand new attraction inside Union Station.

“We opened one whole year ago today! You betta believe that we’ve had the krillest time meeting all of you and caring for all of the eely amazing animals in our Aquarium,” the aquarium wrote on Facebook this Christmas.

The aquarium was barely open three months when the COVID-19 pandemic forced it to close. It stayed that way for another three months until it was able to safely reopen in June.

But guests were still able to keep up with the critters and say hello to the sea animals with virtual events hosted by aquarium employees.

And while the people were away, the kittens played. Three tiny, fuzzy cats that were up for adoption from Stray Rescue St. Louis got the run of the place while it was closed in April – pouncing, pawing and chasing fish on the other side of the exhibits.

Since it first opened a year ago, the aquarium also welcomed several new residents, including Coconut, a two-toed sloth, and Tsunami, a rescued green sea turtle.

The St. Louis Aquarium also added a new attraction coinciding with Shark Week in August: a rope bridge that allows guests to walk above a tank full of sharks and other sea creatures. The rope bridge spans 15 feet and hangs about 7 feet above Shark Canyon, the aquarium's habitat for sharks, rays, sea turtles and fish.