Bozak quietly producing in move from center to right wing

Tyler Bozak has six goals in his last 10 games and is starting to heat up alongside Robert Thomas. 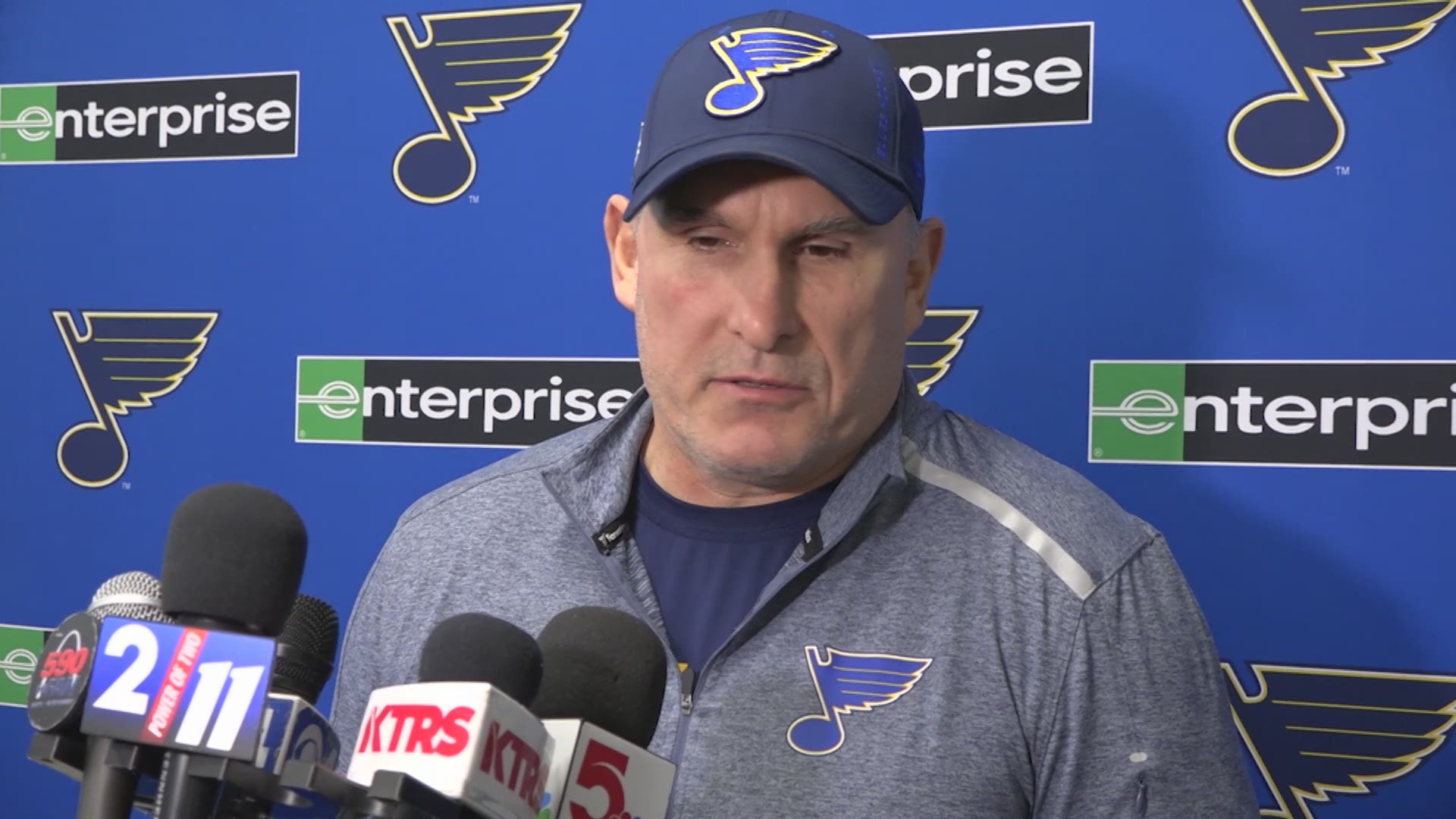 ST. LOUIS — A center iceman by trade, Tyler Bozak's move to the right wing to allow Robert Thomas more time in his natural center position has actually paid tremendous dividends for the Blues.

Bozak and Thomas will rotate positions and each will take face-offs, but after scoring his ninth goal to open the scoring Tuesday, his sixth goal the past 10 games after just three in his first 33, Bozak is on pace for 17 goals this season, which would surpass the 13 he scored last season.

"I don't think it matters to him, to be honest with you. I think that he probably plays the game half in the middle and half on the wing depending on face-offs if he takes the draws, but really in today's game, being in the center ice position, only in your own end really is the biggest thing," Berube said on Wednesday. "In the neutral zone and in the offensive zone, you're just going to a spot. You've got to go to a spot. He's been fine, scored a nice goal last night. He's got what, nine now? How many did he get last year, 11? Probably a good chance he's going to pass that. So I think he's doing alright.