Man lights up during hold-up at one of St. Louis' oldest bars

When a man tried to rob a south city bar, one regular refused to comply. 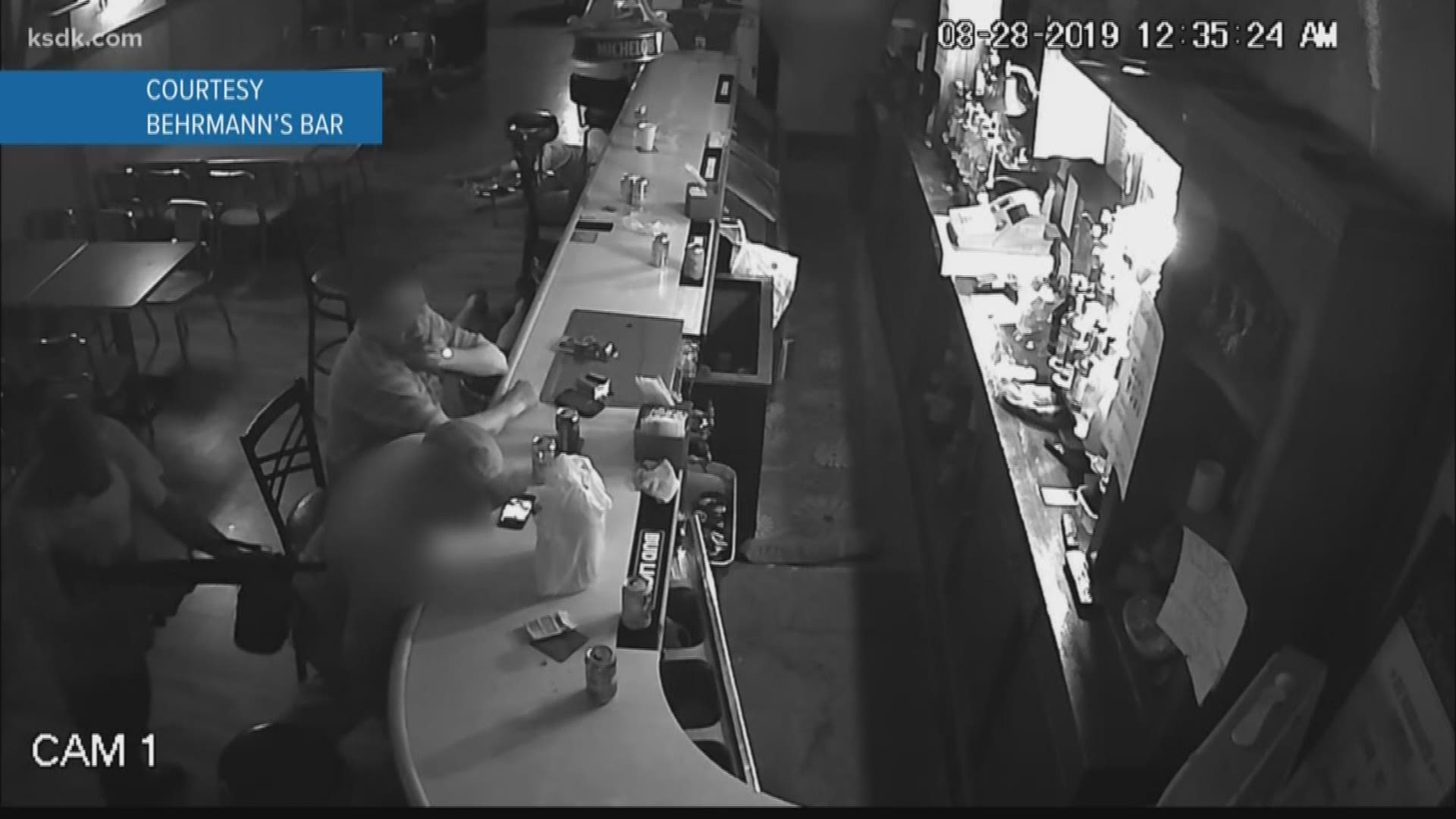 ST. LOUIS — It's a south St. Louis watering hole that's been in business since before World War II.

Where Bud heavy is still cool, and pride is king.

"A quiet comfortable living room place where people go to get away from their lives, so they don't have to deal with stuff," is how bartender Dustin Krueger describes Berhmann's at the corner of Meramec Street and South Compton Avenue.

On Monday, they did have to deal with some stuff. For only the second time in 83 years, that anyone knows of, someone tried to rob the place.

"I look up at the door and there some guy there with an awfully big gun," said Krueger.

On surveillance video it appears the lone gunman waved what police say was a "heavily modified pistol" around the room, ordering people on the ground and demanding their money and phones.

But when he came to one of the regulars, something unusual happened.

"I said not another punk trying to pull a punk move," said Tony Tovar who refused to comply despite the pistol pointed in his side and face.

"I'm so tired of people in south city trying to muscle their way in with firearms or bad attitude or some kind of aggression," said Tovar. "I wasn't gonna comply."

Tovar even went so far as to light up a cigarette while looking down the unsteady barrel. People who were there said after that, the robber settled for the cash drawer and left.

And just about everyone but Tony thinks he's a big reason why.

"I wasn't really concerned," said Tovar thinking back on his brush with gun metal. "I just had a really good feeling he wasn't out to harm anybody he just wanted drug money."

Tovar said he wouldn't suggest his methods to anyone else in a similar situation. But he wouldn't change what he did either.