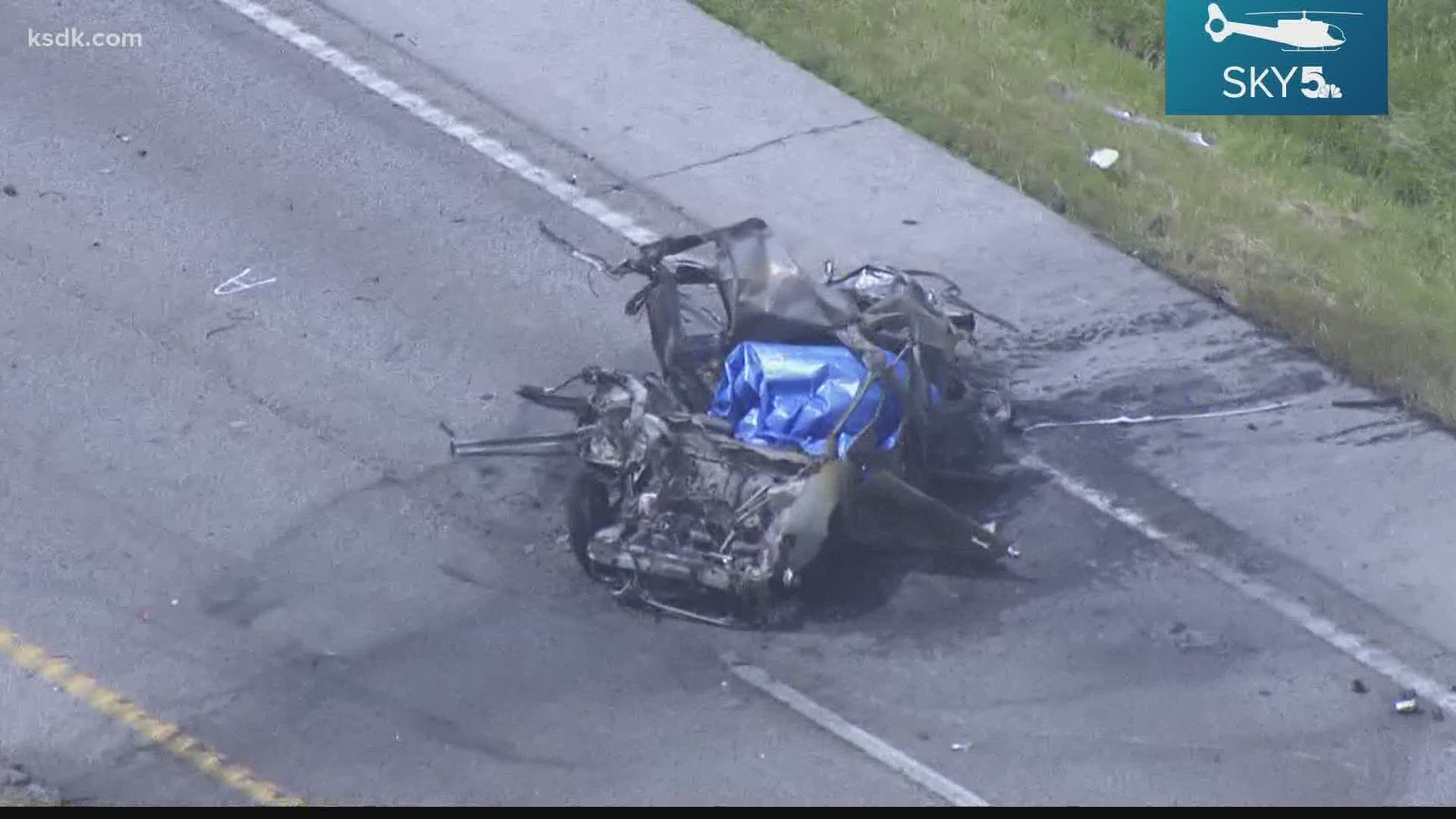 ST. LOUIS — As the state of Missouri continues to reopen, state troopers are concerned about a problem that increased with the pandemic: speeding.

“That’s unusual to see that many crashes with fatalities in the same week,” said MSHP Corporal Dallas Thompson.

The latest victim was 28-year-old Nicholas Shelledy. He died after a crash on Interstate 64 Thursday morning.

His death is one of many where troopers believe speed possibly played a part in the crash.

MSHP reports show traffic deaths are up 11% compared to this time last year.

As of Thursday, 406 people have died compared to 363 at this time last year. That’s 43 more people killed in crashes.

“Troopers, especially this week, having to go and knock on doors and tell families their loved one has been killed in a crash, that’s one of the hardest jobs a trooper has,” said Thompson.

For Terraunce Johnson, that knock on the door came Tuesday.

“I just broke down and start crying, like no, say this ain't so," Johnson said. "You know me and Tierra just had a beautiful Father's Day.”

He learned his oldest daughter, 28-year-old Tierra Johnson, was killed in a crash along Natural Bridge Avenue in St. Louis.

“A guy was speeding doing like 100 mph and he hit her, he ran into her and she got ejected out of her vehicle," Johnson said. "She basically kind of like never even had a chance. Nobody would survive an impact of that magnitude.”

Johnson, a mother of two to a 2-year-old and 6-month-old, died at the scene.

“That car is like a weapon, man. I don’t care what it hits, who it hits, nobody stands a chance," said Johnson. “Y'all gotta take it easy and y'all gotta slow it down a little bit. Y'all living way too fast.”

“We are alarmed by the increase in Missouri traffic fatalities, particularly since they occurred with reduced traffic due to the statewide stay-at-home order,” said Gov. Parson Thursday. “Despite traffic volumes in the state dropping by nearly 50% for much of the year, traffic fatalities in Missouri are up 12% compared to 2019.”

The Missouri State Highway Patrol is asking that drivers slow down, wear a seat belt and don't drive distracted, especially as people hit the road soon for the Fourth of July weekend.